If Mac McClung defies basketball analysts to join Damian Lillard and Stephen Curry on the shortlist of elite players that were rated as 3-star recruits coming out of high school, it may surprise many — but not McClung himself.

Over the course of his last two years in high school, the freakishly-athletic McClung enjoyed a meteoric rise from almost unknown player to high school basketball’s biggest phenom with more than half a million Instagram followers. From his in-game Eastbay Funk dunk, to his seemingly-effortless windmills, McClung’s hops became the stuff of legend. 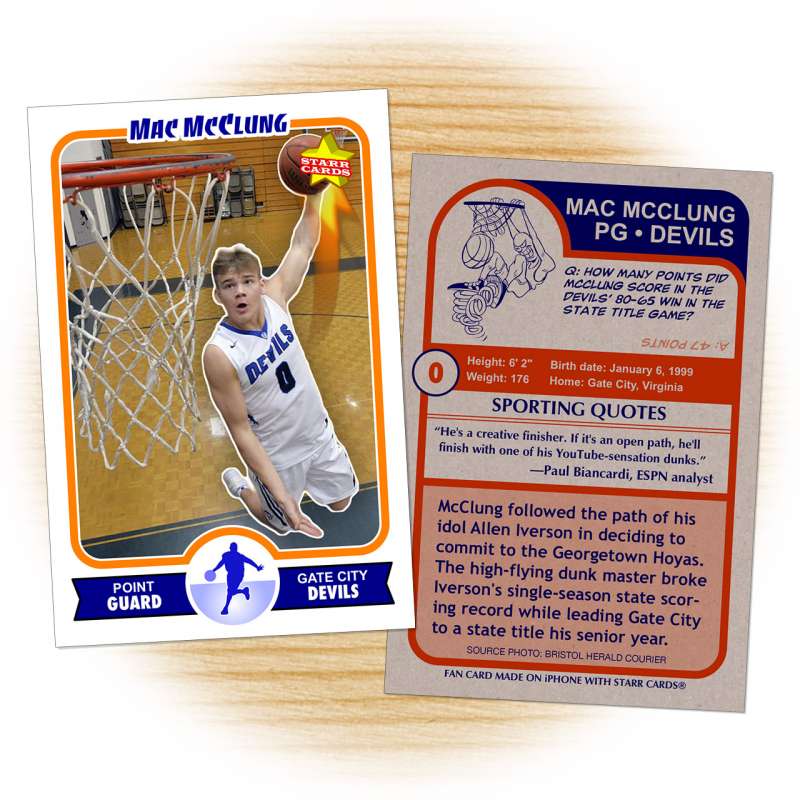 ''Other dunks that I have in my bag? I don't really practice dunks. It's kind of just like I think of it, then I'll try it... just on the spot. You know, it's not really something I practice.''

In February of his senior year, McClung set social media ablaze with his in-game Eastbay Funk dunk versus Ridgeview.

To put McClung’s in-game pyrotechnics in perspective, the Eastbay Funk dunk was introduced by J.R. Rider at the 1994 NBA Dunk Contest and was deemed impressive enough at the time to garner him the win. To this day, it has only been executed once during an NBA game, when Cleveland Cavaliers guard Ricky Davis threw one down in a losing effort versus the Philadelphia 76ers in 2003.

In April of last year, McClung sat down with Baller Visions to explain why he committed to play for Georgetown, and Hoya fans got to know a little bit about the six-foot-two high flyer outside of his dunk credentials.

Georgetown coeds hoping to catch McClung’s attention should note that his celebrity crush is Zoe Saldana, but his dream girl is some unnamed entity that he’s been smitten with since his sophomore year in high school (and she knows who she is).

While McClung is shooting under 40% over the first part of his freshman season at Georgetown, he has consistently treated fans to his one-man dunk show. The team’s third-leading scorer is far and away its leader in high-flying pyrotechnics.