On the not-so-mean streets of Green Bay, Wisconsin, Officer Joel Zwicky is better known by the sobriquet: “Skateboard Cop”. While his departmental peers patrol in traditional police cars, Zwicky opts for a tricked-out longboard.

Zwicky’s unorthodox, customized ride has wider trucks and bigger wheels than your run-of-the-mill, civilian-issue skateboard, and it even sports red-and-blue flashing lights. 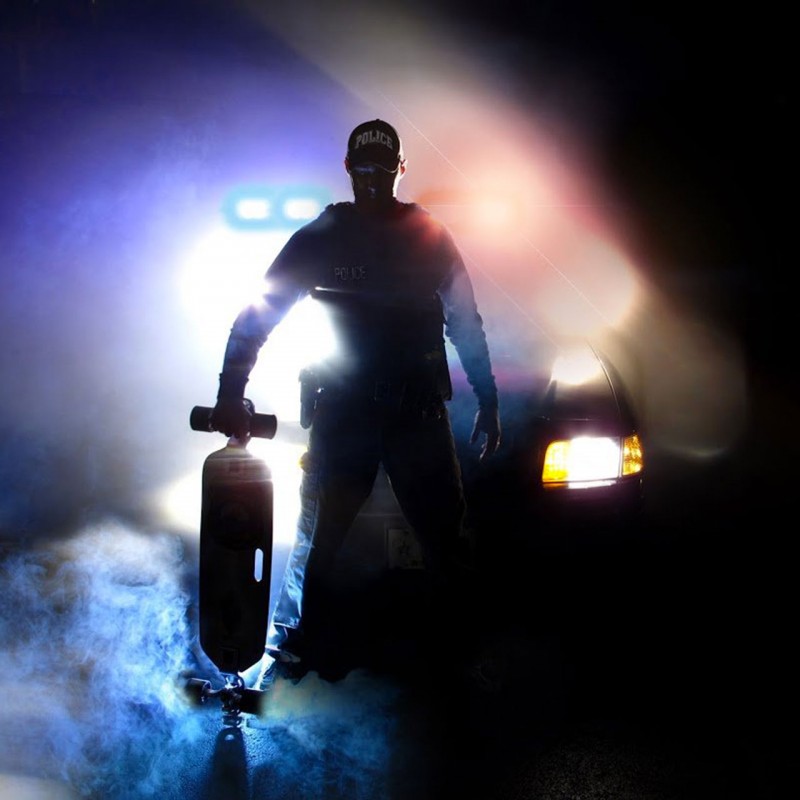 ''I want to see the notion of Police vs. Skateboarders wiped away and forgotten. We as the police need to earn back that trust of the skating community nationwide.''

Zwicky sees a host of benefits to patrolling on skateboard versus spending countless hours behind the wheel of a squad car. Skating not only provides exercise, but allows for increased interaction with pedestrians. He has already seen his work changing stereotypes about both skaters and cops.

The longboarding lawman has been lobbying to give skaters equal rights to bicyclists on the city’s roadways and was successful in having the skateboarding ban on the Fox River Trail lifted. Zwicky hopes his skate patrol initiative spreads to other cities across the country. Who knows, it could happen…

#HuntingtonBeach has rad #Cops All he asked was to borrow a board to land a Tre Flip #Skateboarding #Skate #HBPolice pic.twitter.com/hgCdqXVfaQ