Sometimes you’re so famous that even a random article of your clothing is deemed newsworthy. Case in point, in just the past 24 hours, LeBron James’ headband and Shaquille O’Neal’s shoe became the focus of media scrutiny.

For the vast majority of his hoops career, LeBron James’ and his headband have been inseparable, but he opted to go without it for game one of the Cavaliers playoff series with the Chicago Bulls. James had a lackluster night and the Cavs lost at home.

For game two, the self-proclaimed King wasn’t taking any chances — “Terry the Headband” was back and so were the stats. James finished with 33 points, 8 rebounds and 5 assists and the Cavs won easily 106-91. After the victory, James gave credit where credit was due.

Shaquille O’Neal is a big guy, and as the saying goes, the bigger they are the bigger they fall. During the halftime show for the Clippers-Rockets game, Shaq got tangled up in the monitor cable and came crashing down to earth like a harvested redwood tree.

During the mishap, Shaq was separated from his size-23 left shoe. The shoe remained planted by the anchormen’s table, mutely looking upon its erstwhile wearer sprawled out on the floor. 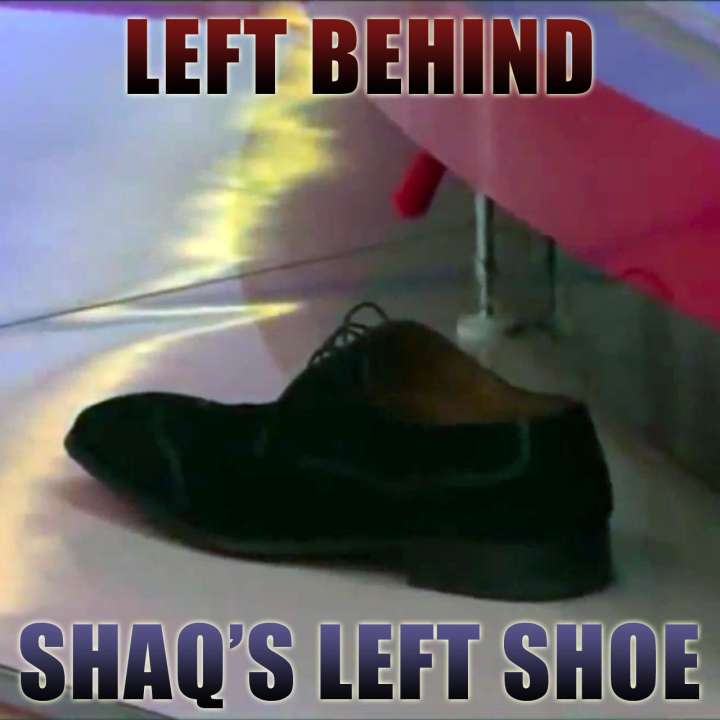 Social media went to town over the editing possibilities, spurred on by the Shaq’s offer of a $500 reward to the best internet meme based on the incident.