Joe Sakic, who spent his entire NHL career with the Avalanche franchise (including 7 years during its incarnation in Quebec), is the team’s all-time leader in Point Shares with 167.8. Among the center’s many accomplishments in Colorado, “Super Joe” was a three-time All Star, led the team to two Stanley Cups, and was awarded with the Byng, Hart and Pearson trophies at the conclusion of the 2000-01 season. 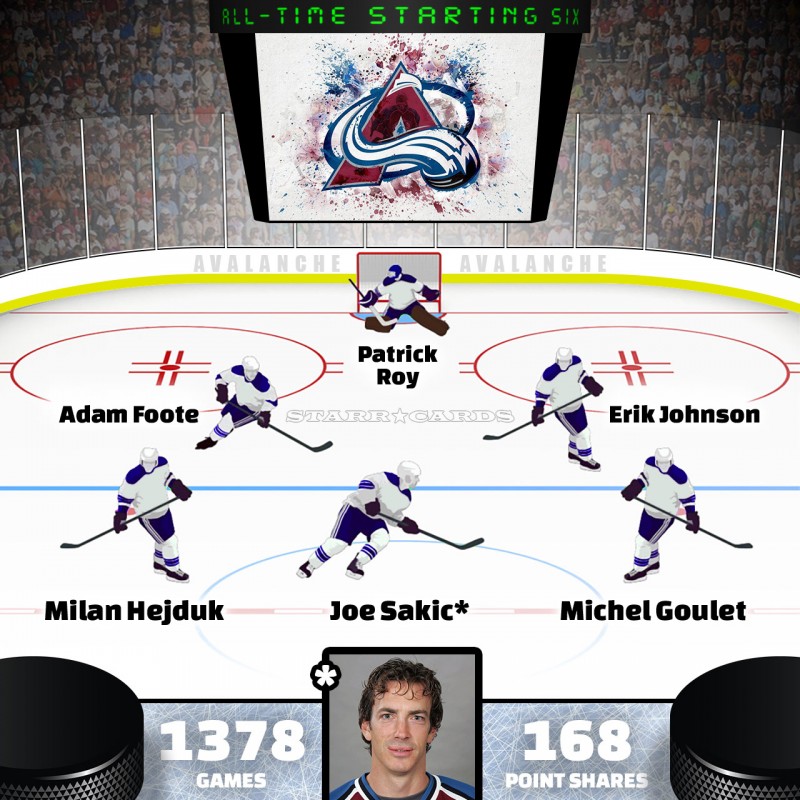