There are no Major League Baseball teams named for squirrels or pigeons (albeit, MiLB has the Richmond Flying Squirrels), but that didn’t stop emissaries from the two species from attending games yesterday. 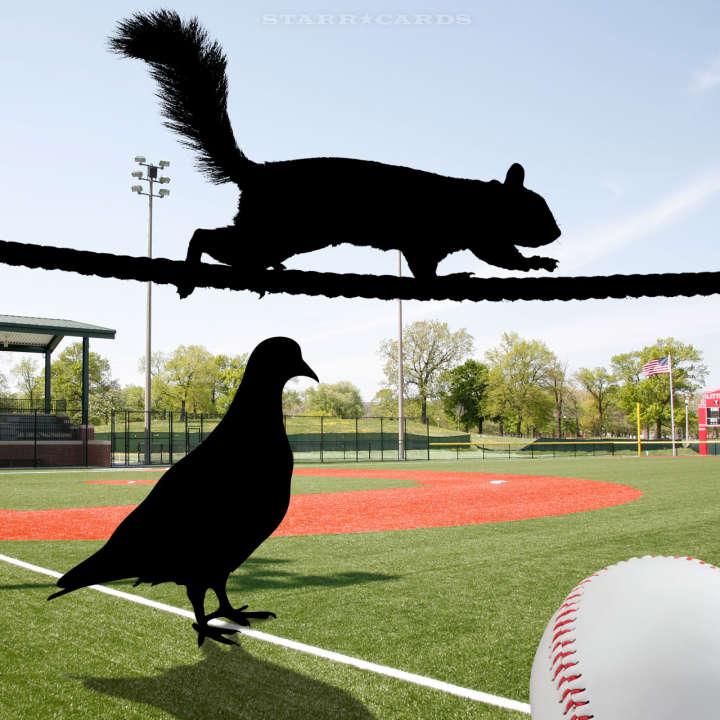 First up, a ninja squirrel paid a visit to Citizens Bank Park for yesterday’s Cardinals-Phillies game. The bushy-tailed rodent scaled the netting behind home plate, then tightroped its way along the support cable, before making like the diminutive half of Rocky and Bullwinkle to dive into the Phillies dugout.

Pandemonium ensued among the Phillies players and they never regained their composure, losing 12-4 to the visitors. Somewhat suspiciously, it’s not the first time the Cardinals have benefitted from the sudden appearance of a squirrel when playing the Phillies.

Phillies players freaked out when a squirrel invaded their dugout! http://t.co/jaAZpCaO52 pic.twitter.com/SrD2HtjmHo

Meanwhile, at Coors Field, a pigeon did it best to aid the Rockies who were hosting the Milwaukee Brewers.

The grit-grazing Columba livia parked itself in front of Milwaukee second baseman Hernan Perez during the second inning. Rockies first baseman Ben Paulsen used the bird’s distracting presence to turn his grounder into a base hit.

The pigeon’s help for the home team was short lived, as it flew away after Paulsen’s hit and the Brewers would go on to win 9-5.