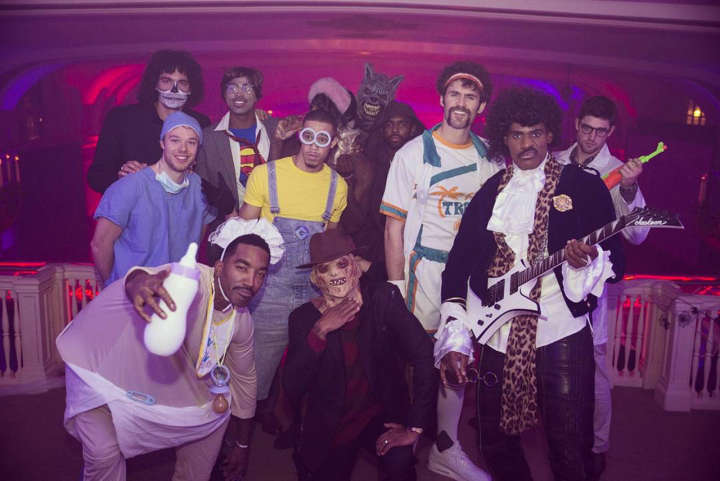 LeBron James was a half year away from being born when Prince and the Revolution released Purple Rain in the summer of 1984 — nevertheless the Cavaliers star has learned how to party like it’s 1999.

James went all out on his Prince costume for Halloween and the result was hip 2 the rare house quake. Rumor has it that the big man eschewed lip syncing while belting out the title track from Prince’s masterpiece, and in covering “I Would Die 4 U” and “When Doves Cry.”

King James’ Prince impersonation was so good, it brings to mind Dave Chappelle’s classic take on the diminutive singer.