For nearly three centuries, dwellers in far flung settlements knew that when the Vikings came to town it was best to steer clear of the hairy hoard of marauders. Flash forward a millennium to the Land of Lakes and its apparent the lesson may need to be relearned.

Minnesota Vikings 330-pound nose tackle Linval Joseph absolutely bulldozed Fox soundman Bernie Beaudry at U.S. Bank Stadium prior to Sunday’s game versus the Arizona Cardinals. Fortunately for Beaudry, he lived to tell about the colossal collision, although there were plenty of cameras around that also documented the terrifying moment.

Fortunately for the Vikings, Joseph also brought his imposing physicality to bear within the game itself as did the rest of the defense. Thanks to a defensive touchdown and a special teams score, the Vikings managed to best the Cardinals 30-24.

Joseph starred for three years for the East Carolina Pirates, before being selected in the second round of the 2010 draft by the New York Giants. In just his second season, he earned a ring with Big Blue when they prevailed 21-17 over the New England Patriots in Super Bowl XLVI.

In an eventful 2014, he signed a five-year $31.5 million deal with the Vikings, survived a nightclub shooting, and boggled coach Mike Zimmer’s mind by benching 500-pounds. 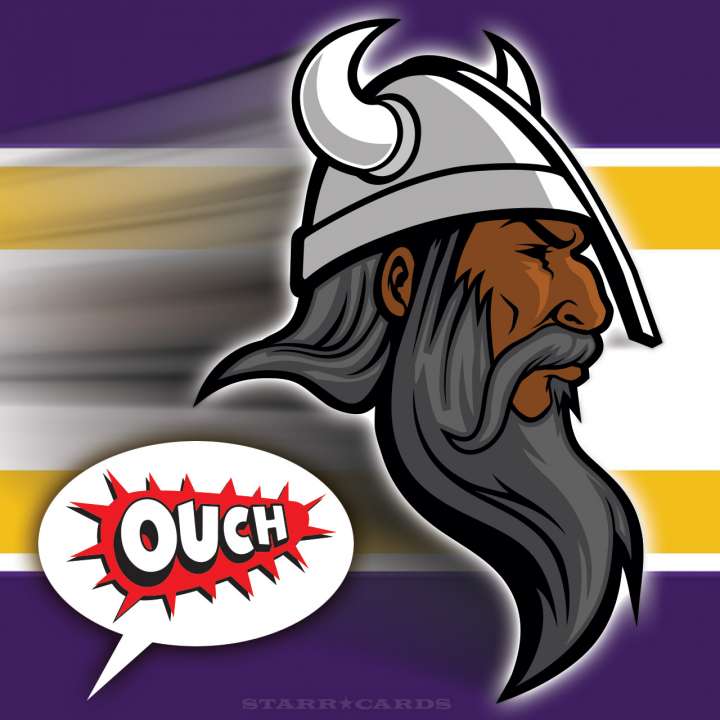 This season, Joseph has helped the Vikings field one the best defenses in the NFL. Currently, they trail only the Seattle Seahawks in points allowed per game at 17.6. Next up for Minnesota is a Thanksgiving Day date with their NFC North co-leaders, the Detroit Lions.

In other Vikings news, the popular History series by the same name returns on Wednesday, November 30.