Before the season began, Oakland Athletics pitcher Sean Doolittle continued his effort from last year in bringing the coaching staff up to speed on the ins and outs of social media.

Early on, the coaches were hopelessly lost in the world of retweets, butt dials, blogging, and photo bombs.

Now, as the season enters its latter stages, it seems Doolittle’s efforts haven’t been completely in vain. 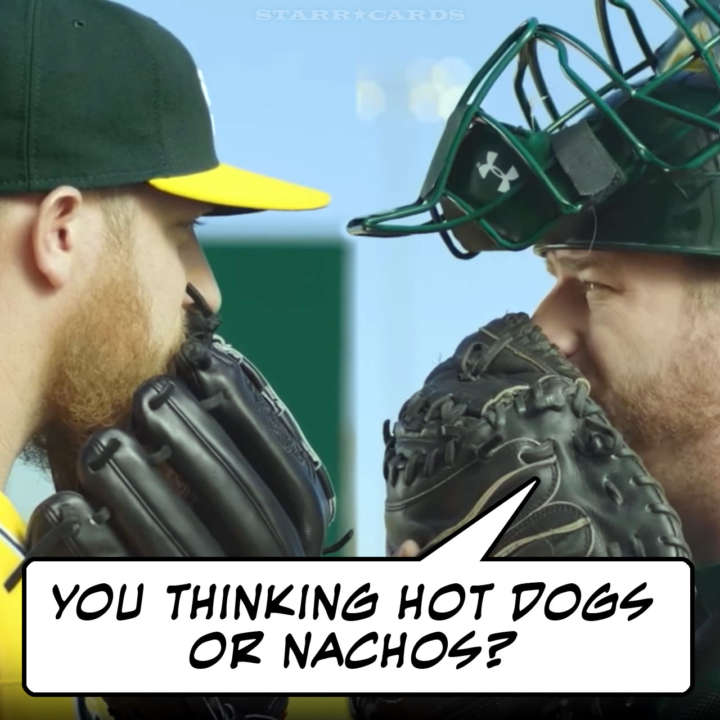 One thing is certain, while the A’s sit near the bottom of the standings in the American League West, the team’s comedic YouTube promo videos — led by Doolittle and catcher Stephen Vogt — are among MLB’s best.

Doolittle and Vogt consult on just about everything.

Doolittle used his pitching talents to replicate the bell sound in Metallica’s “For Whom the Bell Tolls.”

Doolittle and Jarrod Parker attempted to take the signature unicorn bullpen backpack to another level.

Billy Butler led Doolittle, Vogt and Dan Otero in a brainstorming session to come up with breakfast-themed nicknames

The A’s brought in an hippie-era guru before their 1969 “Turn Back the Clock” game to help the guys get in the mood.

GAME WITHIN THE GAME

Chris Young and Ryan Cook showed Oakland fans that baseball is more than just a game, but a game within a game, within a game.

A’s outfielders Coco Crisp and Reddick studied the stats behind every aspect of the game.