In 2016, 17 years after becoming the first skateboarder to land a 900 — the completion of two-and-a-half mid-air revolutions above the ramp — Tony Hawk resolved to throw the trick one last time at age 48. Naturally, Hawk being Hawk, he nailed it after a half dozen attempts. 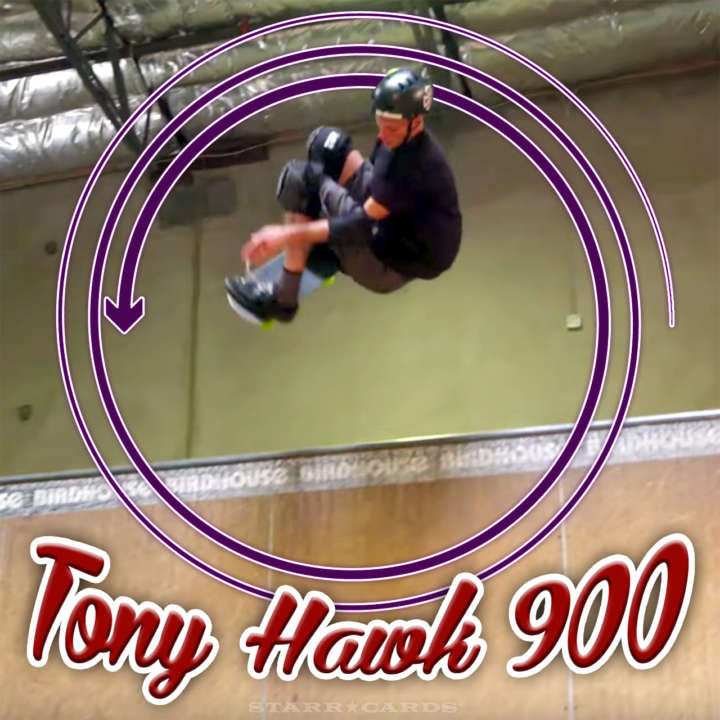 While Hawk claims this is his last 900, you know it’s going to be hard for him to resist giving it another go in 2019, which will mark the 20th anniversary of his history-making spin.

When Hawk landed the sport’s first 900 on June 27, 1999 at the X Games in San Francisco, it was still widely considered a pipe dream — akin to running’s erstwhile 4-minute mile barrier.

In the long interim between Hawk’s 900s, young gun Tom Schaar upped the rotational ante by landing a 1080 on a mega ramp — at the ripe old age of 12.

Hawk, himself, hasn’t been resting on his laurels. In 2015, he pioneered the downward spiral loop.

The curvilinear ramp that could find its way into the Museum of Modern Art when it’s retired.

To celebrate his 50th birthday, Hawk didn’t attempt another 900, but he did manage to reproduce 50 of the vert ramp tricks he’s pioneered over the years. Does this mean he’ll be doing 100 tricks on his 100th birtday? Only time will tell…