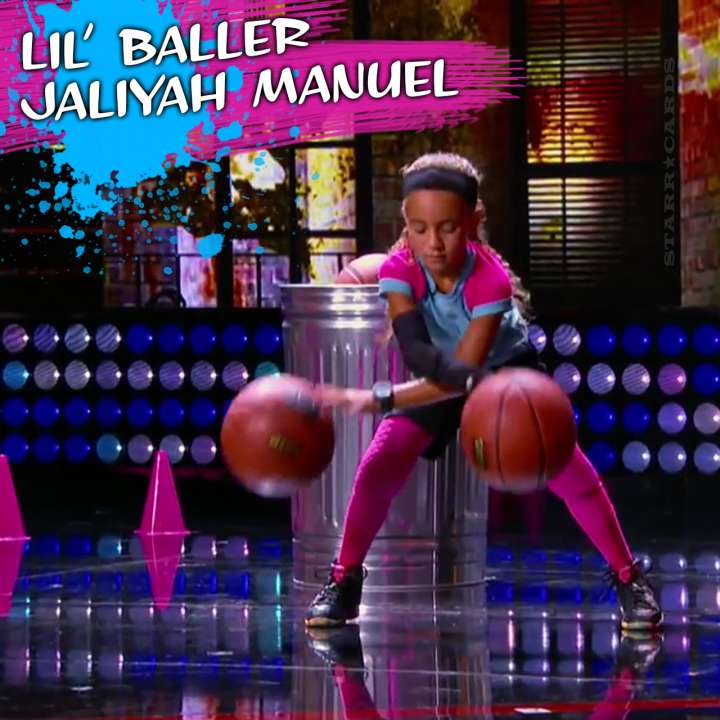 Jaliyah confidently dribbled two basketballs around the stage, weaving between neon pink traffic cones with no problem. After her impressive ball-handling demonstration, she was joined on stage by Harlem Globetrotters trickster Scooter Christensen, disguised in a suit and tie to look like Harvey.

''What motivates me is ginding every day and never giving up.''

— Jaliyah Manuel, on what makes her tick

Jaliyah, whose ambition is to play in both the WNBA and NBA, has amassed a huge following on Instagram with a wide array of videos highlighting her intense ball handling skills.

Jaliyah started playing basketball before her fourth birthday and her first video clip was released almost three years ago. Hundreds of Instagram posts later, she has 104,000 followers and counting.

When you finally get to meet your idol and he signs your jersey and gives you a kiss on the cheek. I never saw her so excited in my life she keeps saying I can't believe it. He told Jaliyah he remembered her when we came to Cleveland to watch him play. Jaliyah said I love you Lebron and he said I love you to then he gave her a kiss on the cheek and signed her jersey. Salute @kingjames for making this the best day of her life in her own words.

The New Orleans phenom has even come to the attention of the the best basketball player on the planet — Cleveland Cavaliers legend LeBron James — and she scored a signed jersey the last time the two met.