Michael Jordan, who soared over the competition while leading the Chicago Bulls to 6 NBA championship titles, is the franchise’s all-time leader in Win Shares with 204.5 for his career. Among Jordan’s countless career highlights, the Hall of Famer was a five-time NBA MVP, 10-time scoring champion, 14-time All Star (12 times with the Bulls), and six-time Finals MVP. 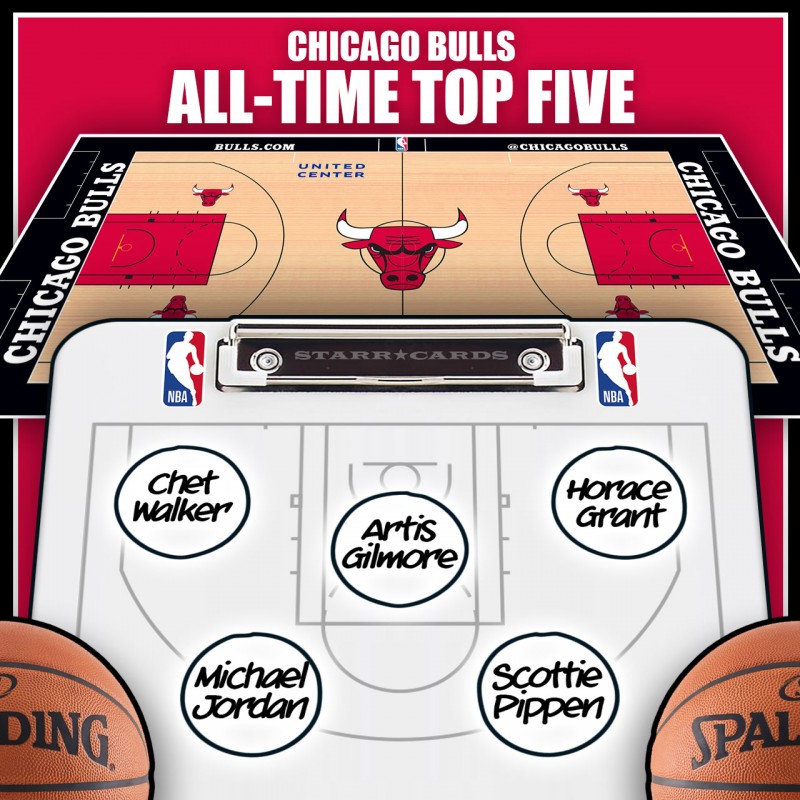 After Jordan, the next biggest contributors to the Bulls by Win Shares are forward Scottie Pippen (99.7), forward Chet Walker (67.0), center Artis Gilmore (66.5), and forward Horace Grant (62.4).

The Bulls all-time top five players’ stats that follow, reflect only those numbers accrued over their time with the franchise…