One of the iconic dunks of Michael Jordan’s high-flying NBA career came in the 1988 slam dunk contest versus Dominique Wilkins. Recently, a unique aerial view surfaced of Jordan suspended mid-air en route to the contest-winning throw down.

While Jordan’s jam is commonly referred to as a ‘free-throw line’ dunk, he actually stepped a full foot over the line.

In the previous year’s slam-dunk contest, which Jordan also won, the Bulls star came much closer to launching from behind the line, but also foot faulted. The same is true of Julius Erving’s attempts at the 1976 ABA slam dunk contest and the 1984 NBA edition. 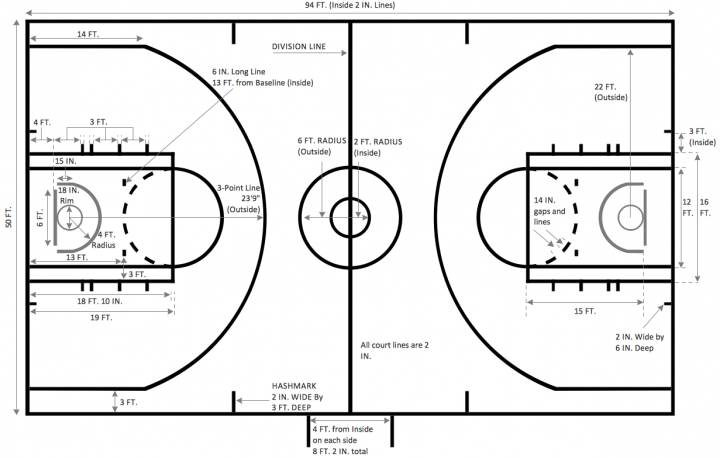 To successfully execute a free-throw line dunk a player must still have enough elevation after traveling that distance to get the ball over the rim — no easy task. But it has been done as recently as this July, and by a high schooler no less.