Unfortunately for Palmer, movement about the league didn’t translate to time on the gridiron, and to date his career NFL stats amount to a single reception for -4 yards.

NAPALM IN THE STUDIO

Keenly aware that his NFL dreams may never materialize, Palmer has been simultaneously pursuing his other passion — singing. VICE Sports travelled with Palmer to Chicago’s Pressure Point Recording Studios, to see him at work off the field, behind a microphone.

''Music keeps me going, keeps me out of trouble, keeps me sane. Football can wear on you a little bit, especially with the longs seasons and the off seasons and things like that.'' 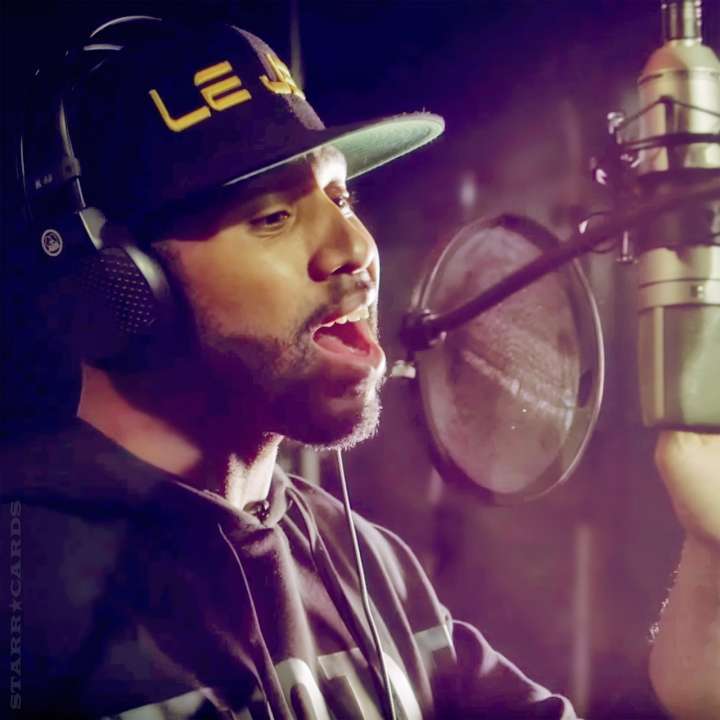 Palmer, better known by his nickname NaPalm, has landed some impressive gigs on the strength of his vocals, including opening for megastars Trey Songz and Drake.

THE HARD WAY TO PARKER ROAD

Although Palmer still considers music more of a hobby than a career, the results of his efforts in the studio have a professional polish. In 2011, he recorded a radio-ready anthem called “The Hard Way” for his college football team, the Northern Illinois Huskies.

Palmer hit the ground running at Northern Illinois. As a freshman for the Huskies he recorded three receptions for 170 yards and a pair of touchdowns in the season opener against the Minnesota Gophers.

Palmer’s senior year, he was named MVP of the 2011 Marathon MAC Championship Game after his two second-half touchdown receptions helped NIU overcome a 20-0 deficit to win 23-20.