Family Feud has been a television mainstay for more than forty years, but it’s the past few years that the popular gameshow has became an off-the-court venue for NBA stars to battle. 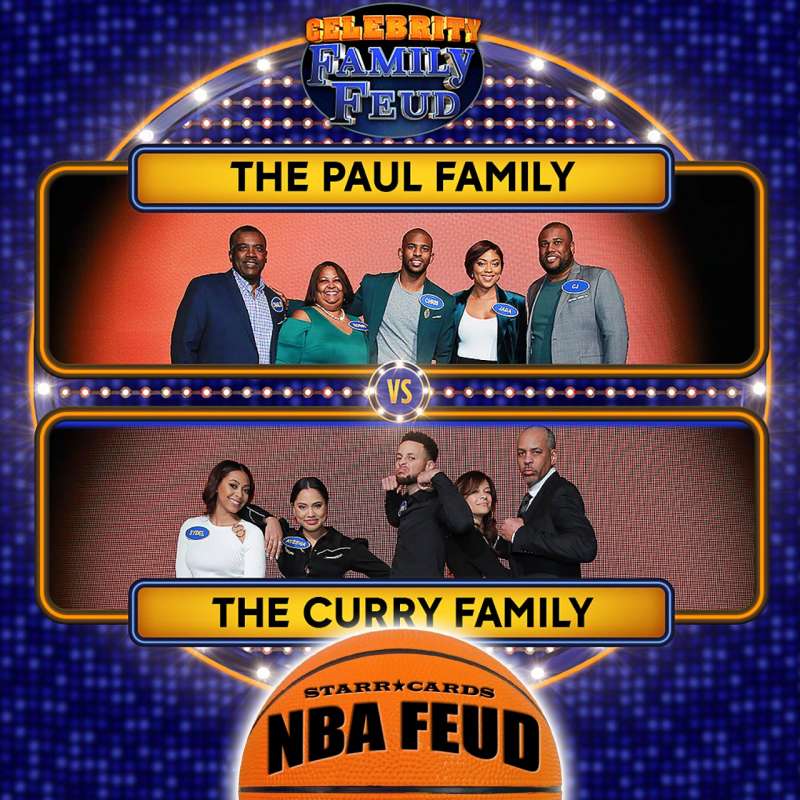 The latest citing of hoops stars competing on Celebrity Family Feud had Chris Paul’s family squaring off against Steph Curry’s family (which included father Dell, who played for sixteen years in the NBA).

In a one-on-one matchup between two of the best point guards currently playing in the NBA, Chris and Steph stepped up to the podium first. The fiery Houston Rockets star was the first to put points on the board.

Ultimately, it was the Curry family that advanced to Fast Money and Steph and his wife delivered big time with all the No. 1 answers from the survey.

On an earlier episode, Charles Barkley and Shaquille O’Neal made it to the Fast Money round for the Inside the NBA team which was competing against MLB All-Stars. The Basketball Hall-of-Fame pair delivered on behalf of the Mustard Seed School.

In 2016, Jalen Rose and fellow ESPN commentator David Jacoby played Fast Money to benefit the former Michigan Wolverine star’s Leadership Academy. Rose only managed to score 73 points to open the round, but Jacoby delivered in the clutch to push the team over 200.