Imagine a 2-on-2 basketball tournament featuring the best hoopsters in history, each playing at the peak of their career, with an interesting rule governing the formation of teams — the first player’s last name has to be the second player’s first name.

WIN SHARES EXPLAINED
For those not familiar with the win-shares stat, it is similar to the WAR metric from baseball, which attempts to measure a player’s overall contribution to a team. In other words, the higher the number, the better the player. A WS/48 of .100 represents the league average, while anything above .200 represents elite-level skills.

While it should come as no surprise that the tournament’s top team includes one of the league’s greatest-ever players in LeBron James, the quality of the teammate we were able to find for him is noteworthy… 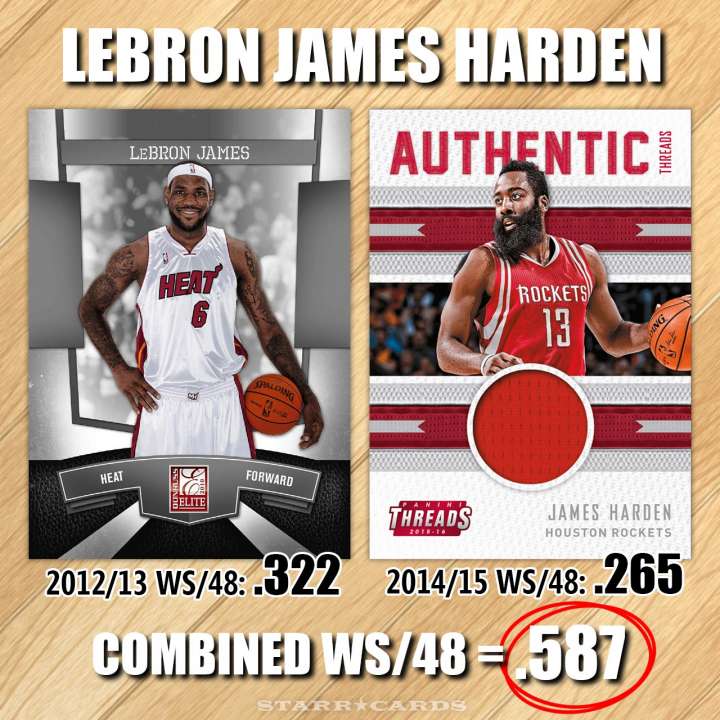 It’s hard to imagine a more potent combo than represented by team LeBron James Harden. Taking James’ third year with the Miami Heat, we get an NBA champion, NBA Finals MVP, and NBA Most Valuable Player all rolled into one. Meanwhile, in the 2014-15 edition of Harden, we have the season’s league leader in win shares, who posted career highs in that stat on both sides of the ball.

Unstoppable drives to the hoop, chase-down blocks from behind, pin-point passes… this team has it all. 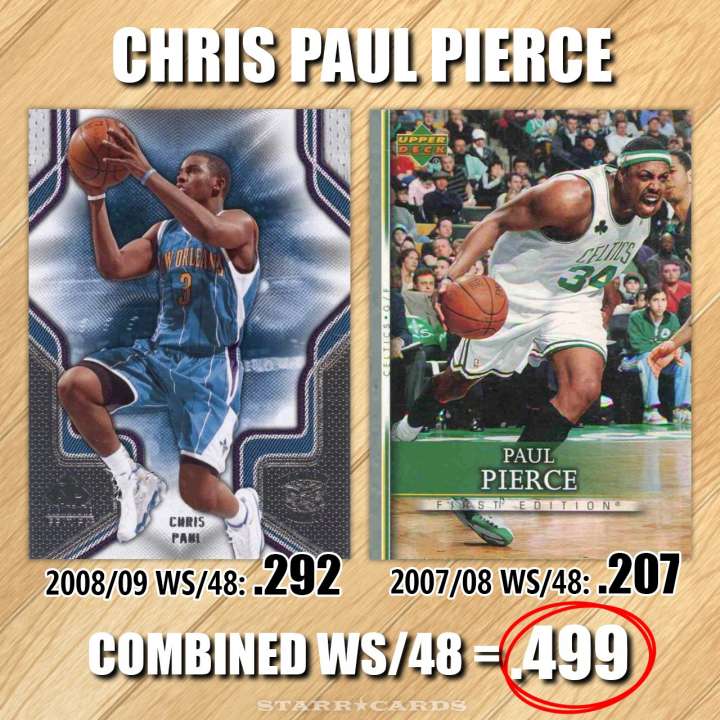 As a guard for the New Orleans Hornets, Chris Paul led the NBA in both assists and steals during the 2008-09 season, while scoring a career-high 22.8 points per game. Now imagine him playing alongside 6-foot-7 small forward Paul Pierce — who was both an NBA Champion and Finals MVP in 2008 — and you have one versatile duo. 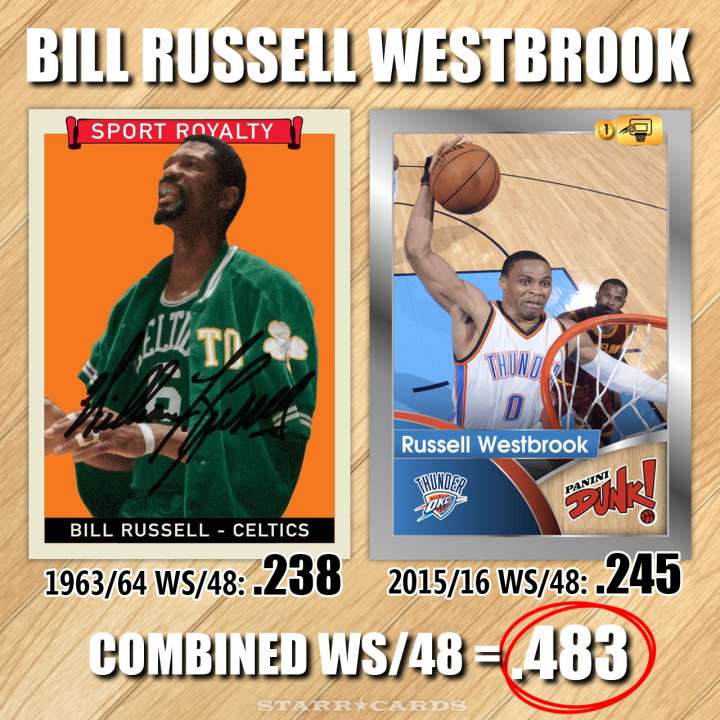 While a couple other teams have higher win shares totals, it’s likely that Bill Russell Westbrook would be the most feared team in a 2-on-2 tournament. You have Russell protecting the rim and grabbing up rebounds, supplemented by a triple-double machine in NBA MVP Westbrook. 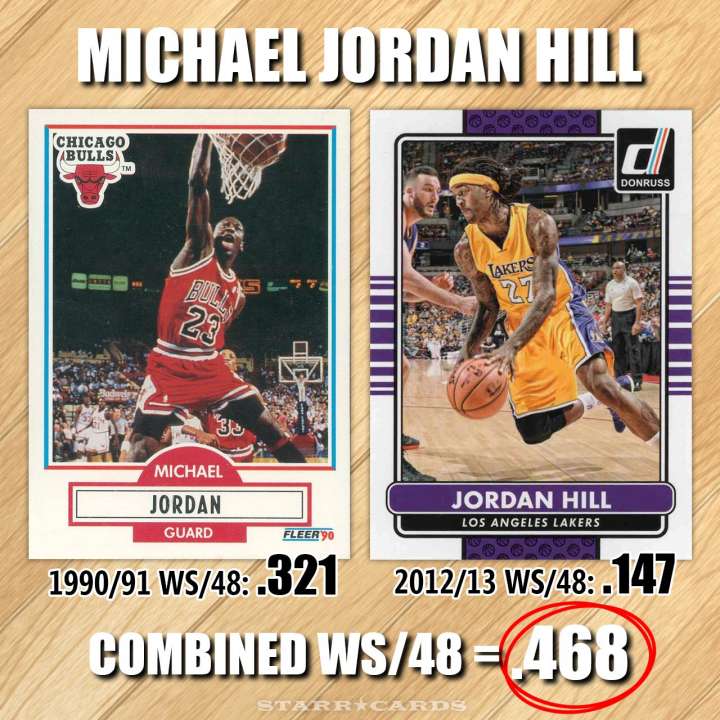 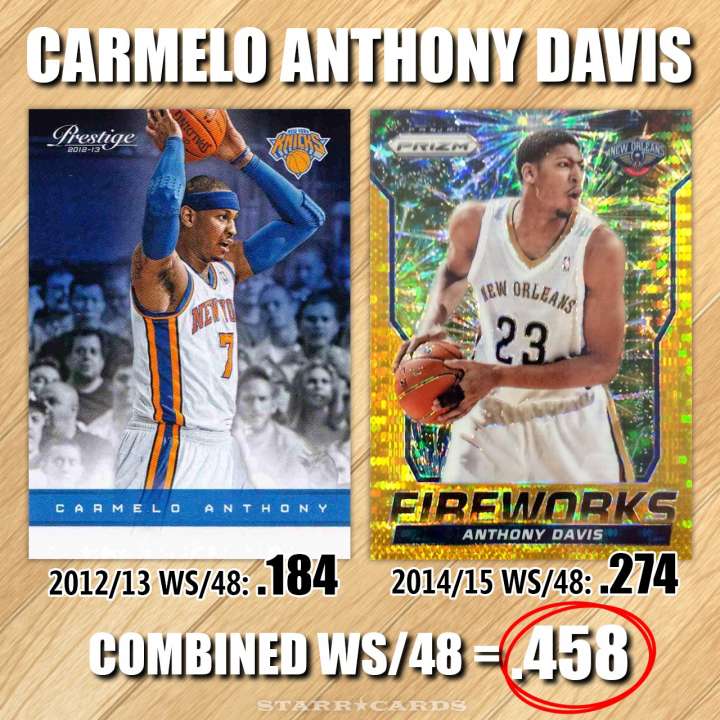 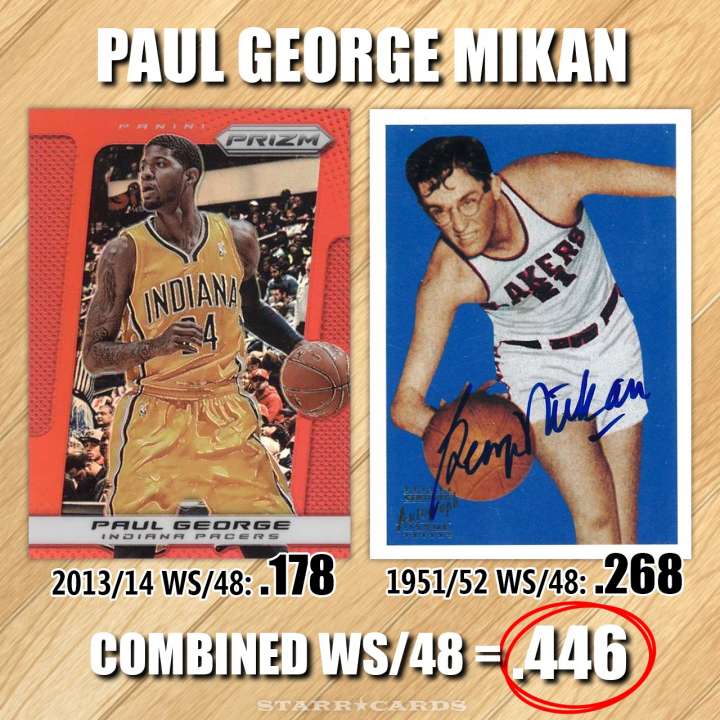 Our penultimate entry, pairs 2013 circa Paul George, with vintage George Mikan. The ambidextrous hook-shooting Mikan, with his stellar 1951-52 season, sports the fifth highest WS/48 of any player in the Name Game tourney. 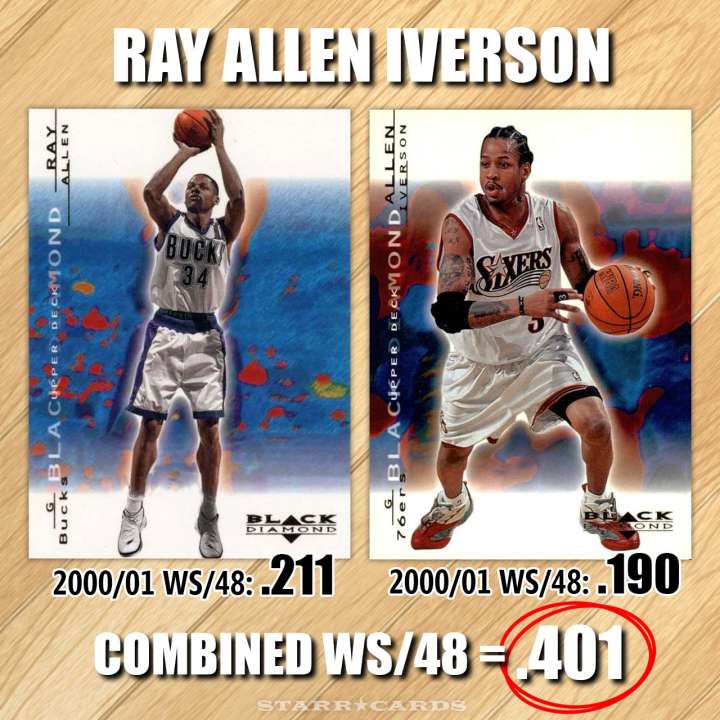 Short on length, the Ray Allen Iverson team compensates with mad 3-point-shooting and ball-handling skills. Allen produced his best all-around statistical output playing for the 2000-01 Milwaukee Bucks, when he led the league in offensive win shares at 11.5. That same season, Philadelphia 76ers star Iverson also enjoyed his finest season, leading the league in scoring for the second time in his career.

Check back soon as the tournament will expand to include teams Rick Barry Clemens, Ken Charles Barkley, Kobe Bryant Stith, Steve Blake Griffin and Eric Gordon Hayward. Let us know in the comments if you can come up with any other pairings that might contend for the NBA Name Game 2-on-2 title.