Shareef O’Neal, like his father Shaquille, is a big man with a big appetite for fancy footwear, and when your father is a Hall-of-Fame inductee with big bucks, you can afford custom kicks from top-flight artists…

Artist Cory Bailey, aka Sierato, was commissioned by the younger O’Neal to turn a pair of plain Jordan Retro 10 sneakers into one-of-kind Dragon Ball Z/Super kicks. Prior to commencing the artwork, Sierato removed the laces, coated the shoes with an adhesion promoter which helps paint adhere and flex, and meticulously masked off the portions of the sole, tongue and jumpman logo. 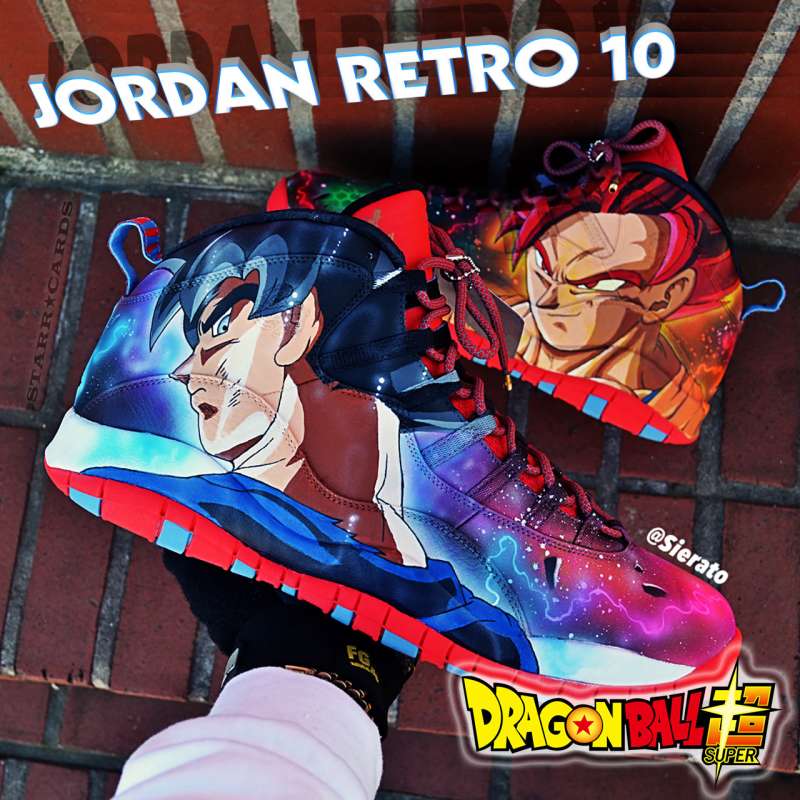 Sierato painted the background of the shoes with a unique product from Solar Color Dust which changes color when heated.

O’Neal, who transferred from UCLA to LSU after having a heart condition addressed, was so pleased with his new shoes that he even took the wearable works of art to bed.

Sierato’s weren’t the first Dragon Ball themed shoes O’Neal has had commissioned. Earlier in his prep career, he was spotted wearing a different pair of custom Jordans while playing with the team Crossroads at the Take Flight Challenge in Los Angeles.