Niklas Backstrom, who spent all but one of his ten years in the NHL with the Wild, is the team’s all-time leader in Point Shares with 73.2 for his career. Among the goaltenders’s many accomplishments in Minnesota, Backstrom won the William M. Jennings award his rookie year and holds team records for wins (194) and most shutouts in a season (8). 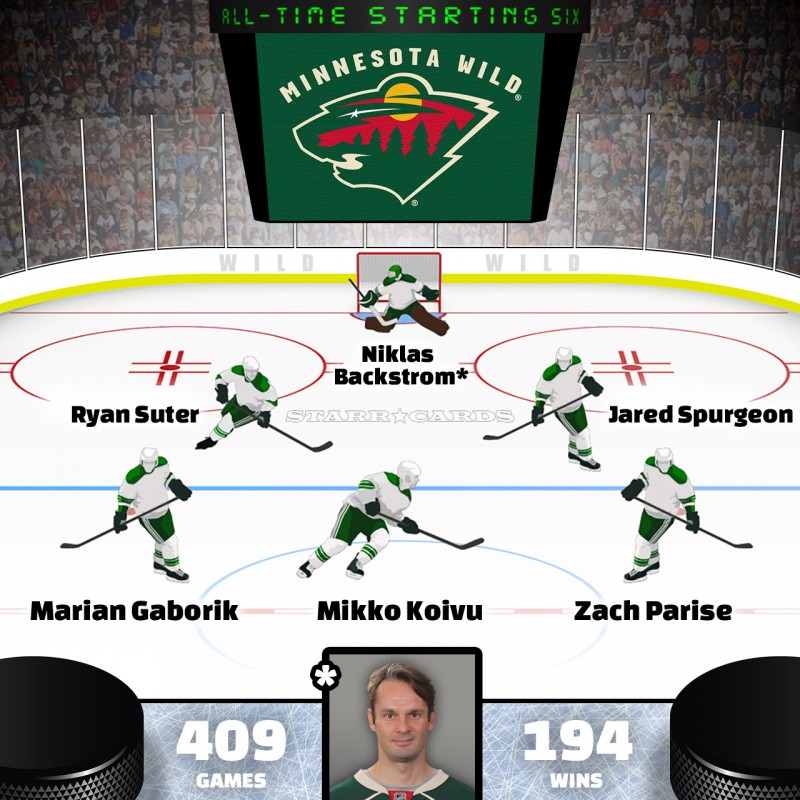