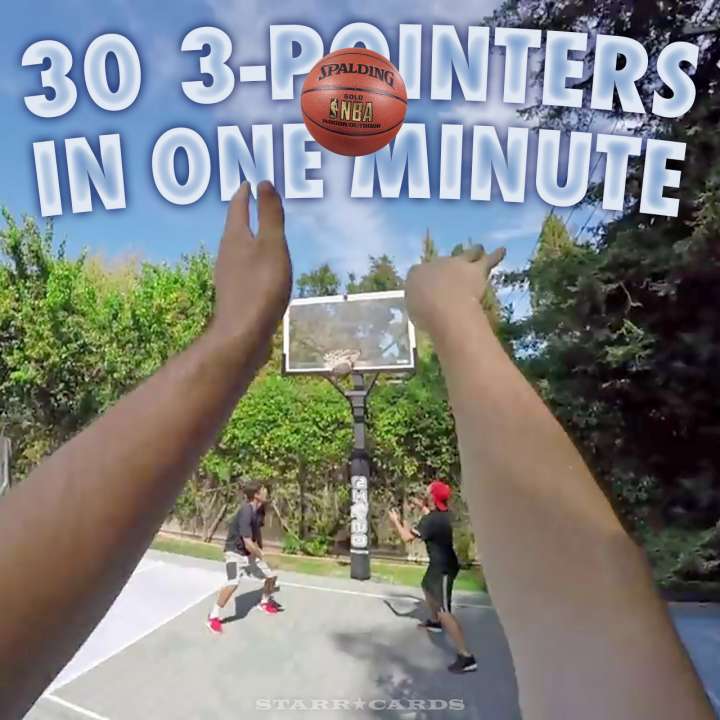 In all, Branning went 30-for-40 during his record-breaking outing, which included a streak of 13 consecutive 3-pointers. As impressive a record as Branning’s is, it makes you wonder how many Steph Curry or Klay Thompson could get. Are 40, or even 50, possible in a minute?

MOST 3-POINTERS IN TWO MINUTES

Branning should have considered shooting for an additional minute, as he could have very easily had himself a second record. The world record for 3-pointers in two minutes — set by Song Hejing of China in 2012 — stands at 44. Hejing had only 19 makes at the one minute mark, before finding her groove over the final 60 seconds.

The previous record of twenty-nine 3-pointers in one minute belonged to Werner Nistler, a sharp-shooting guard whose skills helped Portland’s Jesuit Crusaders win a state championship in 2012. Nistler, playing barefoot, also briefly held the record for most backward free throws in one minute.