Pekka Rinne, who has spent all fourteen of his years in the NHL with the Predators, is the team’s all-time leader in Point Shares with 123.76 for his career. Among the goaltenders’s many accomplishments in Nashville, Rinne is a two-time All Star and won the Vezina trophy at the conclusion of the 2017-18 season. 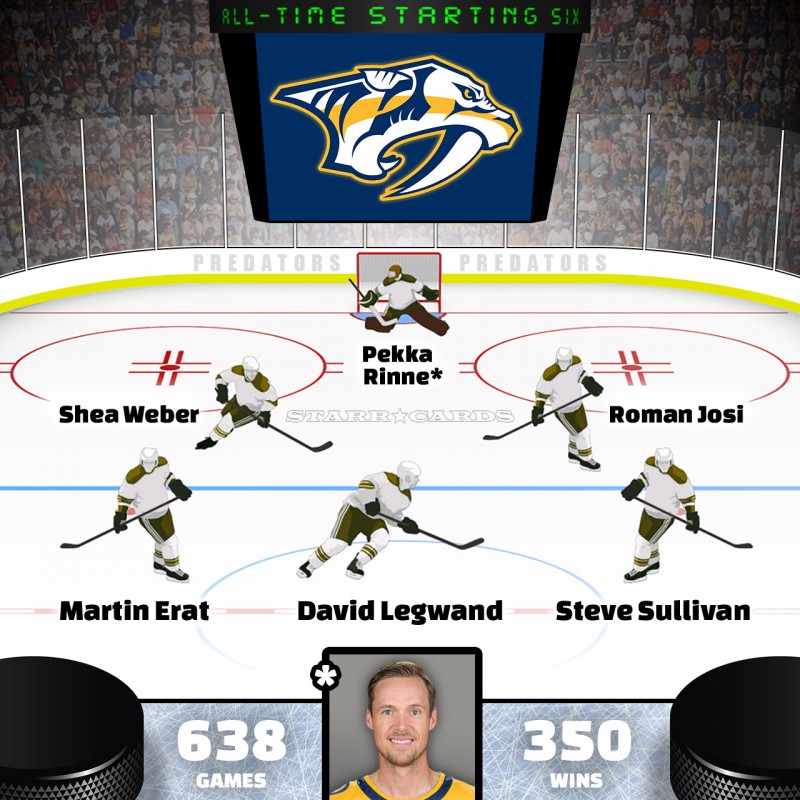