We’re all accustomed to seeing the United States divvied up at election time between red and blue states, but the NBA Finals has brought silver (no, not Nate, but the color) into the mix and dropped the blue altogether. Facebook prepared a map based on fan preference between the Heat and Spurs and the results are mostly predictable. 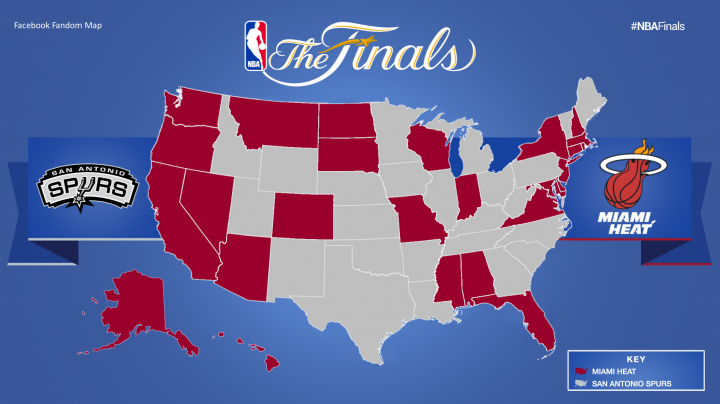 Perhaps the most surprising alliances are Indiana going with the Heat, which recently ousted their beloved Pacers, and Oklahoma opting to root for the Spurs, which just dismantled the Thunder. Then again, fans in those respective states may just be looking for vindication that their home team lost to the best team of all.

Other geographic gems that can be gleaned from the Facebook map? The Heat franchise finds fans in three of the four corner states (Florida, Washington, California, but not Maine), or five of six if you count Alaska and Hawaii. A fan of the Spurs, meanwhile, can find myriad routes all the way from Mexico to Canada while staying entirely in friendly territory.