In the summer of 2014, Sabine Lisicki became the first woman to break the 130 mph speed barrier on a tennis serve, breaking Venus Williams previous mark of 129 mph set at the 2007 U.S. Open. The German star lived up to her nickname of “Boom Boom” by blistering a serve at 131 mph (211 km/h) against Ana Ivanovic in the first round of the Stanford Classic.

With the speed confirmed by the WTA, Sabine moves to the top of the chart of the fastest servers in women’s tennis history. Not surprisingly, the next two women on the chart are the Williams’ sisters of the United States. 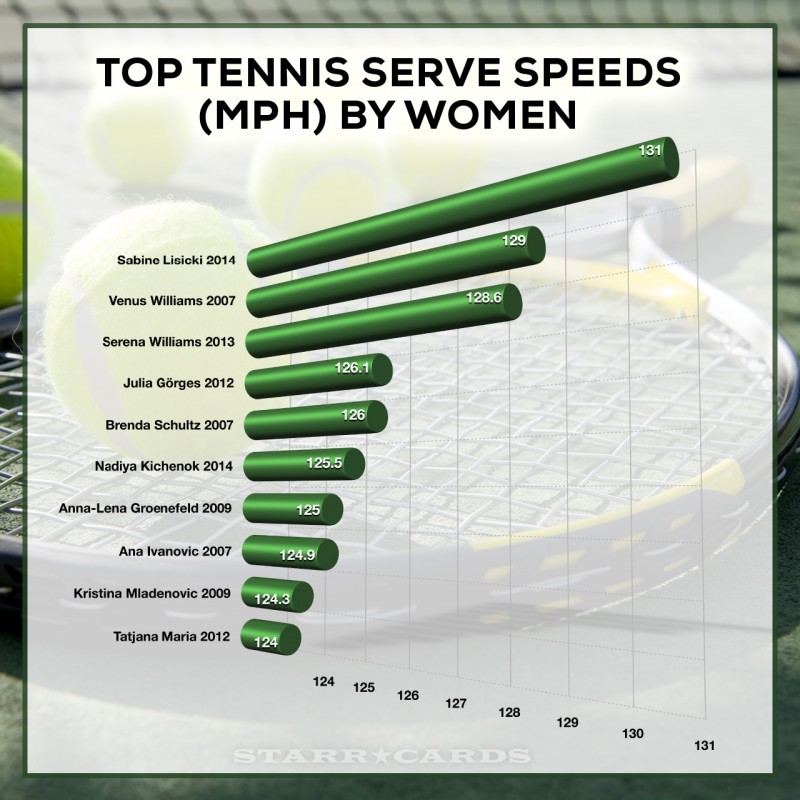 Of the remaining seven women, three more are Germans — Julia Görges, Anna-Lena Groenefeld, and Tatjana Maria. Must be something in the sauerkraut they eat, because there’s no way it’s the calenberger pfannenschlag.