A few years back, the fun-loving Dude Perfect entourage took to the links with golf bags laden with sports equipment for a two-hole competition. The rules of the battle were simple: use a sport, then lose it.

On the first hole, Tyler Toney followed his softball tee shot with a lacrosse toss, then vortex football throw, before three putting with a hockey stick to post a low score of six. 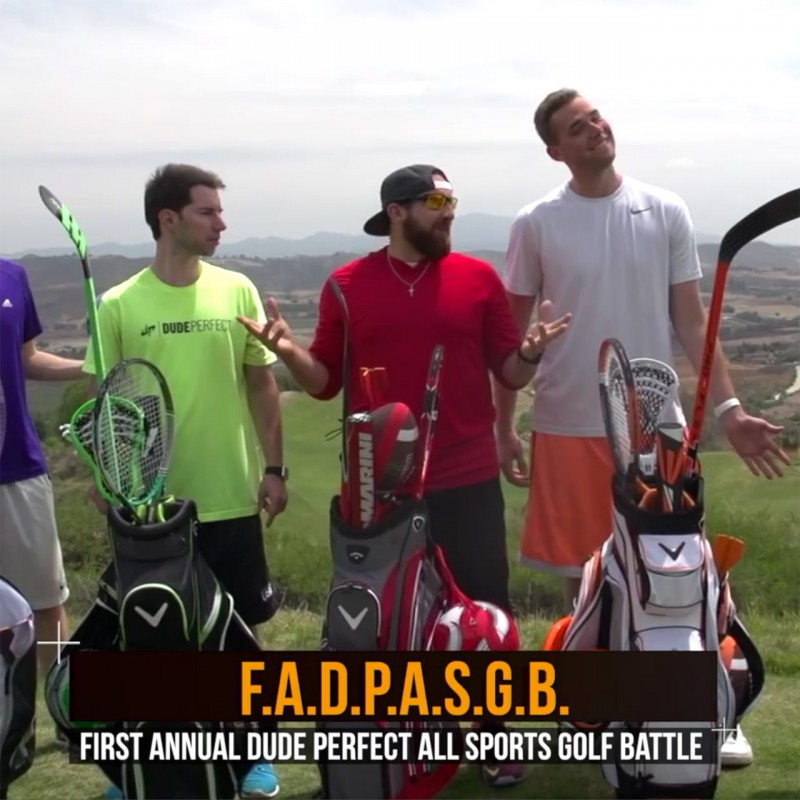 Garrett Hilbert, who advanced to the championship hole after a playoff, won the First Annual Dude Perfect All Sports Golf Battle with an impressive hockey putt from eight-feet out.

For the most recent All Sports Golf Battle, Dude Perfect introduced a bow and arrow, canoe paddle, clay-pigeon launcher, racketball racket and disc golf to the sports mix.

As with all the All Sports Golf Battles, if you forget your bag, navigating the golf course with your wide array of sporting implements can be as big a challenge as finding the hole.

Dude Perfect is no stranger to the golf course, having produced a couple of earlier videos each of which have garnered more than five million YouTube views. Three months ago, they paired with two-time world long drive champion Jamie Sadlowski for some impressive trick shots.

A year ago, Dude Perfect conducted an in-depth exploration of golfer stereotypes, including “The Forgets to Strap in His Bag Guy,” “The Sand Trapped Guy,” “The Borrower,” “The Shadow Guy,” “Mr. Excuses,” “The Tee Box Talker” and many more…