Several years back, Ant-Man star Paul Rudd joined the Dude Perfect crew to compete in the second installment of their Dizzy Sports Battle.

The rules for the battle had the contestants spinning in place a number of times before trying to hit a tennis ball, kick ball, baseball and hockey puck as far as possible. 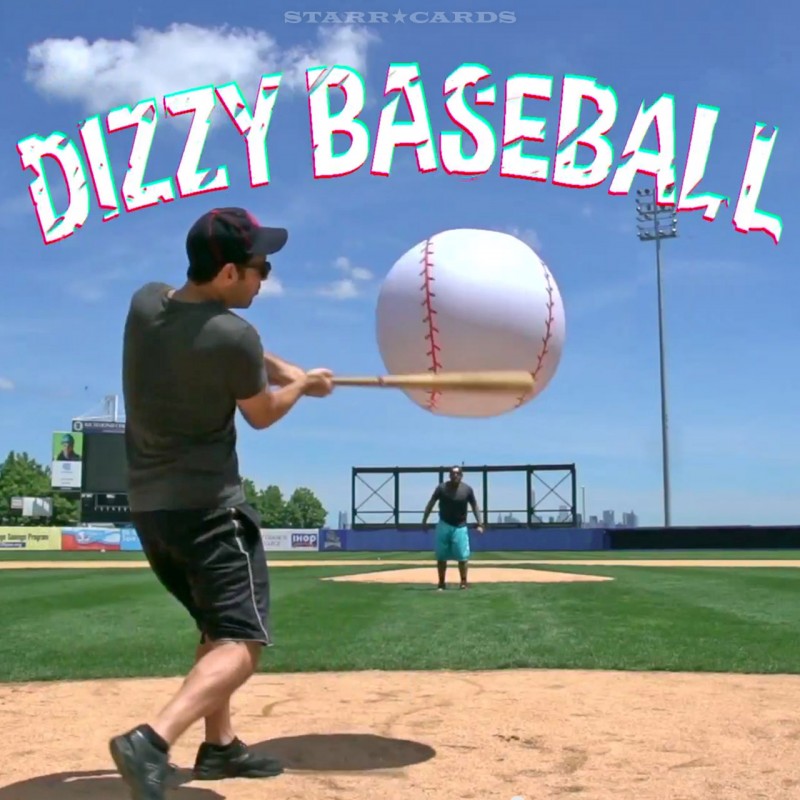 Impressively, Rudd had the lead after the first two rounds. However, in the next round, the former Jayhawk thespian whiffed completely when swinging at the baseball after spinning twenty times. Tyler Toney won the final round with a thunderous slap shot on the puck after a stomach-churning 25 spins.

In the first dizzy sports battle, Cody Jones edged out Coby Cotton when the latter couldn’t muster enough velocity to break a water ballon on the former.

WHY DO YOU FEEL DIZZY?

If you’re wondering why spinning creates the sensation of dizziness, it’s summed up nicely by Highlights magazine. In short, when the head moves, fluid in the inner part of the ear sloshes around.

''When we spin around, the fluid starts spinning, too. That gives us the sensation of spinning. When we stop, the fluid keeps moving (and bending tiny hairs and signaling the brain). That may make us feel that we are spinning backward. We call that feeling dizzy.''

— Highlights Magazine, on why we get dizzy

The movement of the fluid bends hairs connected to nerve cells which then signal the brain about the movement. Hence, dizziness is felt until the fluid comes to rest.