While winners of NBA games are decided by which team puts the most points on the scoreboard, a concurrent footwear battle is waged inches above the court and ultimately decided by shoes sales. 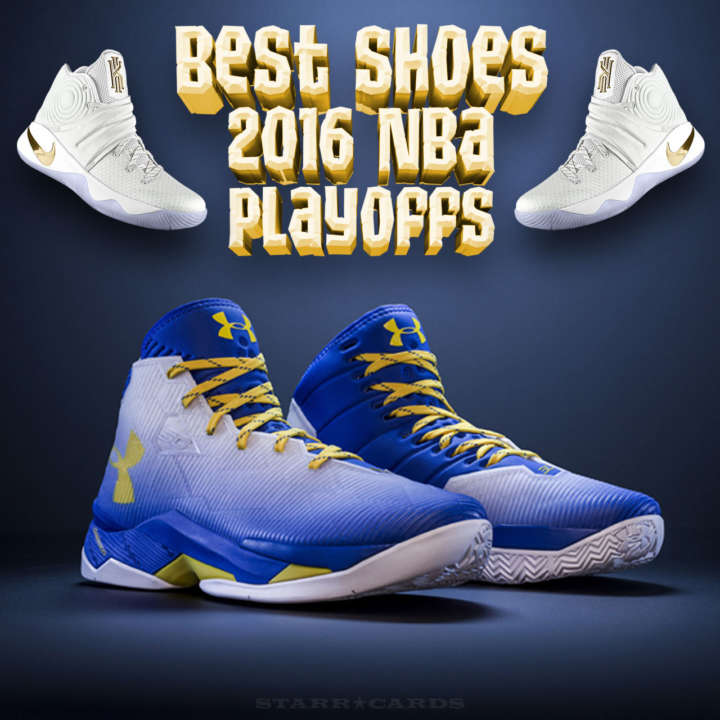 The Fumble put together their picks for the five most fire shoes of the 2016 NBA Playoffs. Two of the five shoes selected to their list are those being worn by point guards Steph Curry and Kyrie Irving, who are going toe-to-toe in the NBA Finals.

Irving’s Kyrie 2 in white and gold is as clean as it gets.

Topping the list is Kevin Durant’s shoes, the Nike KD 9.