ClevverTV sent four of its intrepid guinea pigs on a mysterious assignment after bequeathing them a large gray box containing a single pair of roller skates. Tom Plumley guessed that they were going to be doing a roller dance routine a la Boogie Nights. He was wrong…

Plumley, joined by Erin Robinson, Sinead DeVries and Drew Dorsey, were greeted at Angel City Derby teammates Rosie, Bullet and Soledad, who informed their guests they were going to be receiving a crash course in flat track roller derby skills. 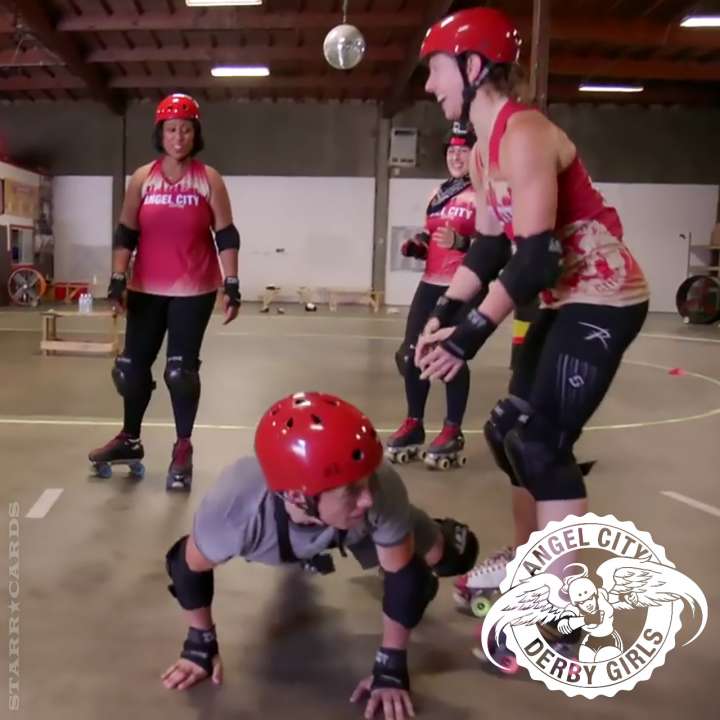 — Tom Plumley, sarcastically on his skill

A fourth teammate, the extremely-toned Laci, put the ClevverTV newbies through a brief warmup routine, before having them don protective gear and skates. On the track, the groms learned how to come to a stop and how to move laterally using the crossover step, before finishing with a hitting drill.

The Angel City Derby Girls from the ClevverTV clip can be seen in their natural element in a Women’s Flat Track Derby Association match with Seattle’s Rat City from earlier this year.

If you live in the Los Angeles area and want to give derby a try for yourself, Angel City is always looking for new talent. What are you waiting for?