While most kids these days are choosing skateboards, inline skates and hoverboards for their small-wheeled recreation, it’s somehow comforting to see that there are still those that are mastering the old quad-style roller skates. Well, both reassuring and nail-biting, actually…

A Chinese foursome known as Shenyang Youth Troupe took to the stage of NBC’s Little Big Shots talent show, and proceeded to simultaneously thrill and terrify host Steve Harvey with their daring acrobatics. 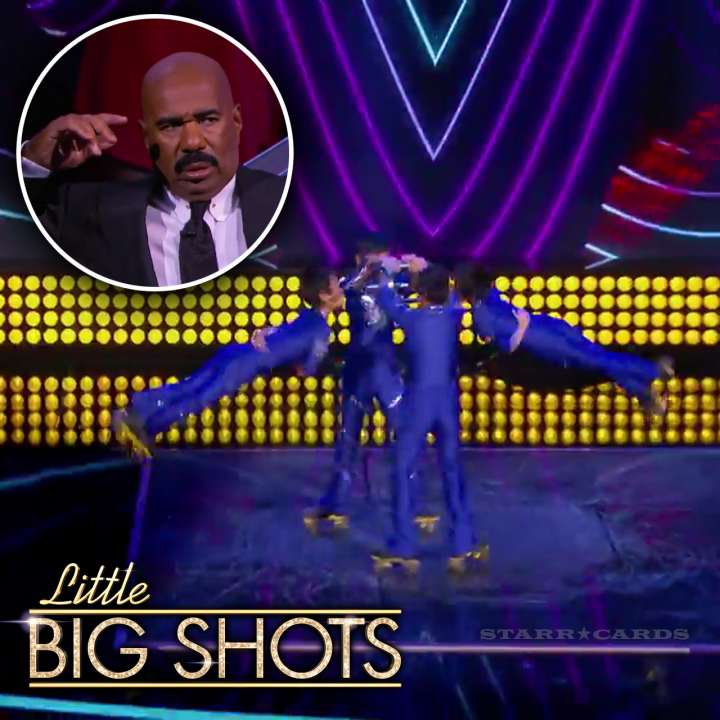 Performing a dizzying routine set to Bruno Mars “24K Magic“, two of the boys let centrifugal forces lift them off the ground to start spinning on their own axis tethered by their necks. Imagine writing the insurance policy for their act!

In 2016, the Shenyang Youth Troupe set an obscure Guinness World Record for “Most Roller Skating Spins Performed Hanging by the Neck”. They managed a head-spinning total of 183 in just 30 seconds. Needless to say, don’t try this at home.