Among the earliest arcade games ever made was Atari’s Breakout (followed a couple years later by Super Breakout) designed by Nolan Bushnell and Steve Bristow.

In the game, players attempt to break through a wall of bricks via a wrecking ball bounced off a paddle. One Japanese gameshow featured a life-sized version of the the same, with bricks replaced by boxes and a human placed atop the structure just for laughs… 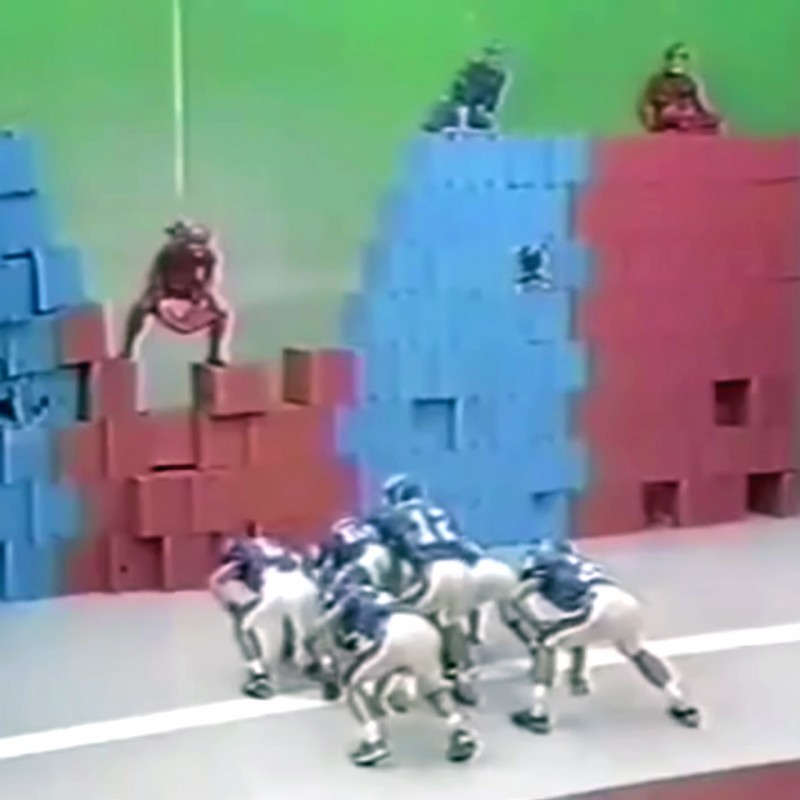 Threats to each player’s stack of boxes were revealed one-by-one from behind a curtain, including a team of ball-spiking volleyball players, a trio of roller derby girls, a hard-charging American football team, several sumo wrestlers and a pair of bowlers.

For an entirely different Wall of Boxes challenge that you can try at home, see how many cereal cartons you can stack without the tower toppling.