As far back as the 2004 Red Sox victory parade, Manny Ramirez knew golf wasn’t for him

As far back as the 2004 Red Sox victory parade, Manny Ramirez knew golf wasn’t for him

Manuel Arístides Ramírez Onelcida (aka Manny Ramirez) recently showcased his golf swing at a David Ortiz-hosted tournament, and it was not a pretty sight. His swings connected with more air than fairway.

To his credit, the former Red Sox slugger knew as far back as 2004 that golf wasn’t his thing. At Boston’s World Series victory parade, Manny held a sign tweaking Yankees shortstop Derek Jeter. The sign read, “Jeter is playing golf today… this is better!” 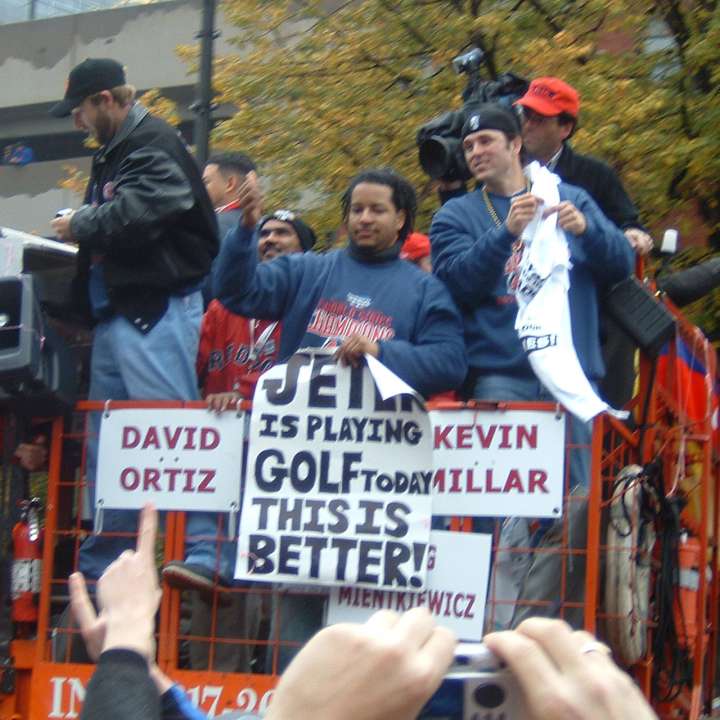 DECADES ON THE DIAMOND

Manny started his MLB career with the Cleveland Indians in 1993, before starring with the Red Sox from 2001-08, then struggling through stints with the Dodgers, White Sox and Rays. He spent the 2014 season with the AAA Iowa Cubs as a coach and part-time player. It’s probably safe to say that when he finally hangs up his cleats for good, he won’t be trading them for a pair of golf shoes.