In the few short years since KSI (Olajide “JJ” Olatunji) became a YouTube phenomena as a FIFA gamer, the Londoner has tried trained in rugby, pro wrestling, and became a competent boxer. Now he’s trying his had at arm wrestling…

In his latest foray into the realm of athletic endeavor, KSI sat across fellow YouTuber Danny Philippou (aka Racka) for an epic arm wrestling battle over his kitchen table. The anime-inspired battle began evenly enough with both parties ratcheting up their effort with bone-crackling intensity. 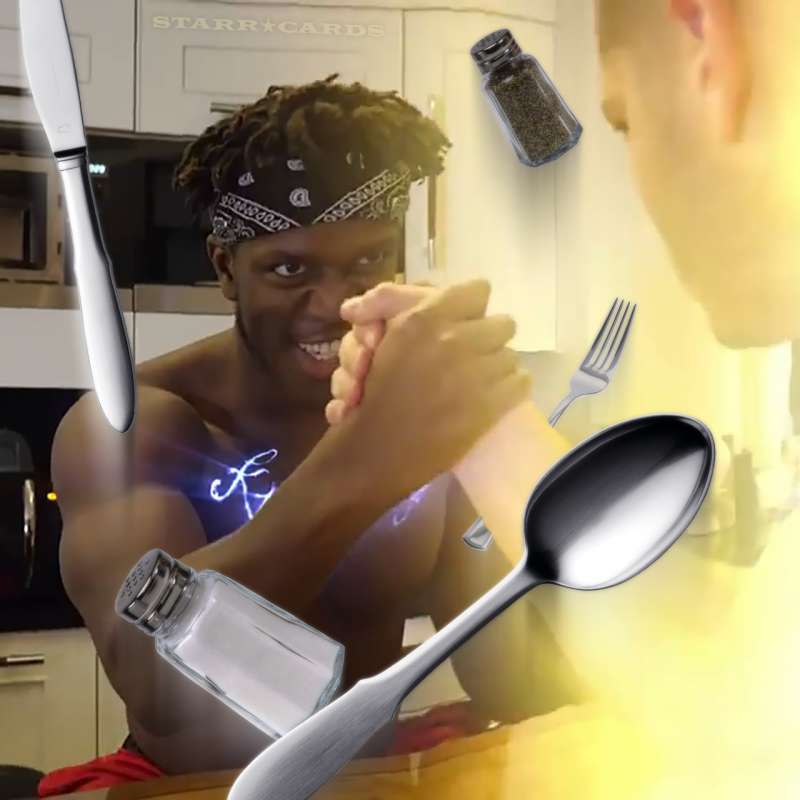 After KSI invoked Wakanda to spontaneously combust, Racka summoned all his willpower (and some nifty After Effects editing) to similarly self immolate. KSI then recited his cursive tattoo triptych (knowledge, strength, integrity) causing the words to illuminate in electric blue and his body to levitate. Despite KSI slamming Racka’s wrist to the table, the match was declared a draw by Racka’s twin brother and another onlooker.

If either KSI or Hacka have aspirations of continuing their fledgling arm wrestling careers, they better work on their wrist and elbow strength as Shaquille O’Neal discovered in facing a couple of pros from the World Armwrestling League.