Rachel Marie has been a gymnast from the age of 6, an acrobat from the age of 14, and a coach since she turned 17. It’s in that latter role she hosted a boy-vs-girl gymnastics challenge that went viral on her YouTube channel.

Rachel joined a handful of girls she trains at her family’s gym in Rockledge, Florida to go one-on-one versus boys in several gymnastics-related events. 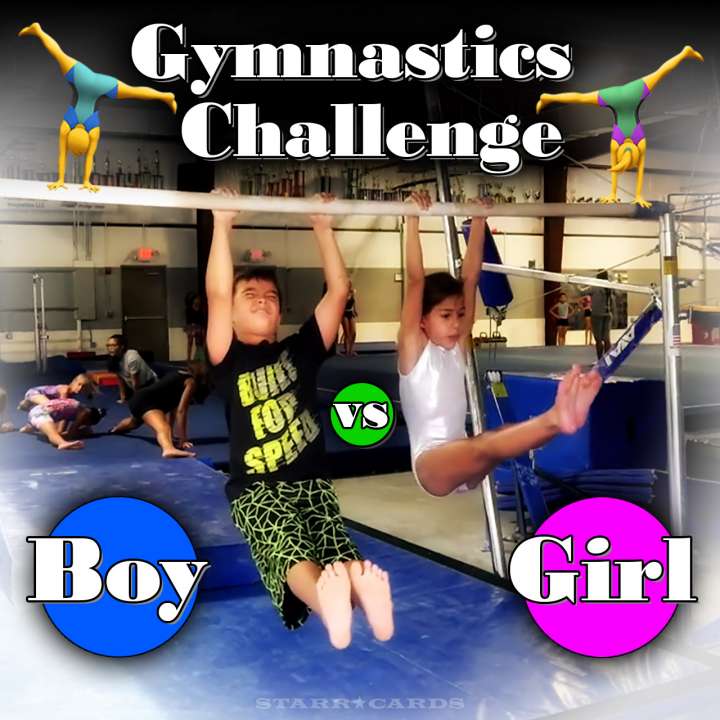 While the girls raced out to an early lead in the challenge, the boys came storming back to tie things up. While neither side got to claim ultimate victory in the battle of the sexes, rest assured a sequel should be forthcoming as the original video has racked up more than 5 million views in just a month.

In a later gender-bending challenge, Rachel enlisted her brother to demonstrate basic techniques on various men’s gymnastics apparatus, which she and her girl students then attempted to replicate.

Meanwhile, Ninja Kids TV flipped the script and had boys try a couple of girls gymnastic events: balance beam and uneven bars bars. Watch as Payton and her friends challenge her brothers, Bryton, Ashton, Paxton and their friends. Anything you can do, I can do better…