Earlier this year, former Philadelphia Eagles long snapper Jon Dorenbos got a nifty little surprise from the Super Bowl-winners despite not playing with the team last season.

The amateur magician, who was a finalist on America’s Got Talent in 2016, received a Super Bowl ring in a snazzy illuminated box. As magic a moment it was for Dorenbos, it still can’t compare to the impact he has had on others when performing his own sleight of hand…

R&B singer/songwriter Ne-Yo has seen a lot over the course of his career, but as a guest judge on AGT he was left completely befuddled by a card trick performed by Dorenbos. 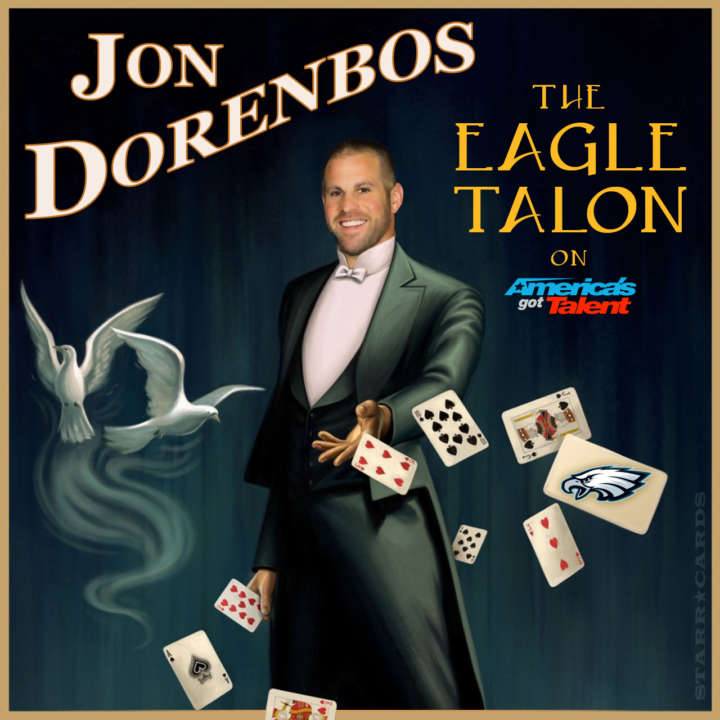 After having Ne-Yo select an oversized playing card at random, Dorenbos appeared to pull the same card from a hand-drawn deck on a pad of paper.

Had to keep some for the memory #agt #nbcagt @nbcagt

Ne-Yo’s amazement prompted him to press the golden buzzer which sent Dorenbos through to the live rounds of the talent competition.

Dorenbos’ original audition on AGT was equally mind blowing. Using each of the judges as foils, he produced in order all the diamond-suited cards from a seemingly scrambled deck.

Judge Simon Cowell, in particular, is convinced — or so he claims — that Dorenbos is an actual wizard with magical powers and not just an illusionist.

DO YOU BELIEVE IN MAGIC?

When Dorenbos was 12-years-old his father was imprisoned for killing his mother. Raised by his maternal aunt, he found distraction and comfort in practicing card tricks.

Dorenbos continued to perform magic routines even as he excelled on the gridiron. Since being drafted out of Texas El-Paso, he’s played for the Buffalo Bills, Tennessee Titans and Philadelphia over his fourteen-year career. Five years ago, he wowed former Eagles teammate Ernie Sims with his deft sleight of hand.