When Nicole Frýbortová was seven years old, riding her bicycle the traditional way wasn’t nearly enough. The young Czech not only wanted to ride handsfree, she wanted to stand on the seat and handlebars while the bike was in motion.

Now in her early twenties, Frýbortová has become a world-class competitor in a sport known as artistic cycling, which combines balancing atop a bicycle with gymnastics skills. The video above, from Czech Stunt Day in Ostrava, shows the technical prowess she has gained from countless hours of training. 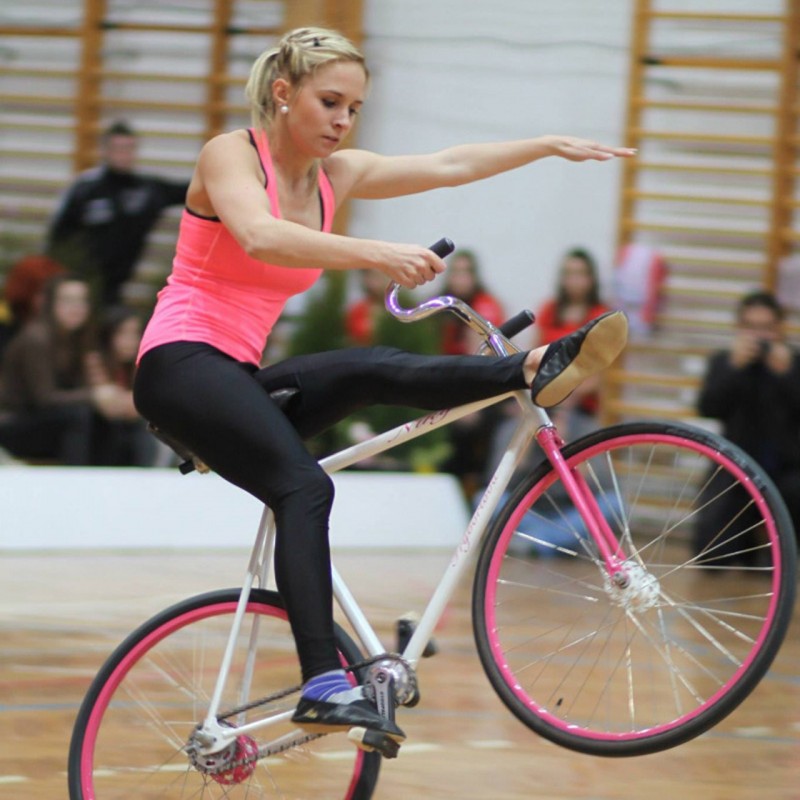 Representing Slovakia, Frýbortová placed third at the 2014 and 2016 World Championships and second in 2015, while claiming top honors at the East European Cup. She remains determined to become the best artistic cyclist in the world.

The sport of artistic cycling has been around since 1888, when Swiss-American Nicholas Edward Kaufmann held an event to showcase his unorthodox abilities on a two wheeler. The sport’s first official event was held in 1956 for men, and in 1970 for women.

Germany’s David Schnabel is the Michael Phelps of the sport, having won the UCI Indoor Cycling World Championships a record eight times, including every year from 2008 to 2013.