Bryce Harper 2015 highlights including fiendishly faking foul off his foot

Bryce Harper 2015 highlights including fiendishly faking foul off his foot

Even as the Washington Nationals sink out of playoff contention, outfielder Bryce Harper has been continuing work on his statistical masterpiece of a season. With little less than a fourth of the season remaining, Harper leads the National League in home runs (31) and leads both leagues in wins above replacement (7.7) — despite missing seven games.

In Tuesday’s game against the San Diego Padres, Harper showed he’s willing to do anything to help his team win, including plying his skills as an actor in the throes of pain. 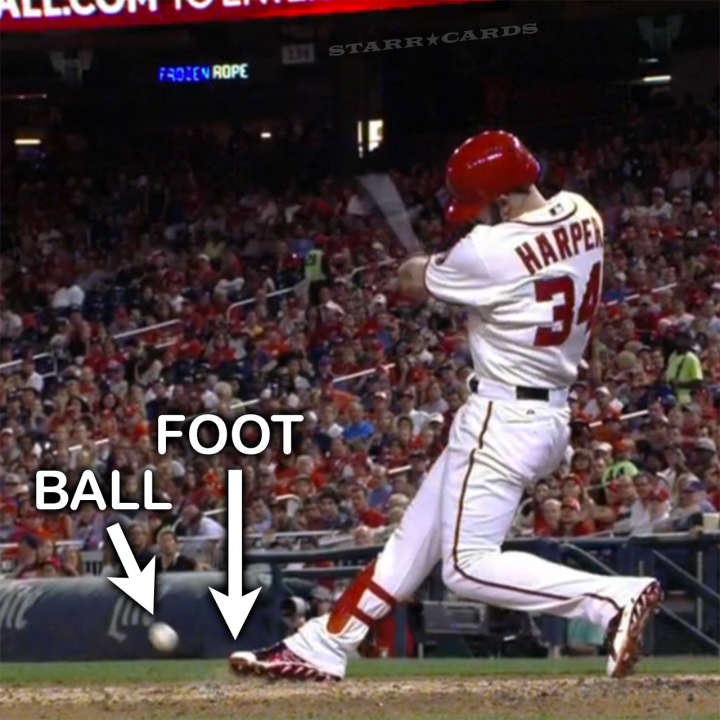 ''Credit Bryce Harper for an acting job. He sold it and they bought it.''

In the sixth inning, Harper pretended to have hit the ball foul off his foot to negate what would have been an inning-ending out. Instead he eventually walked, then Yunel Escobar also walked to load the bases and set up Ryan Zimmerman’s grand slam. The Nationals went on to win the game 8-5.

While some might consider Harper’s phony foot foul a lowlight, it’s otherwise been a season chock full of highlights, including a photo shoot with Danish model Nina Agdal.

Had a great time with the wonderful @ninaagdal today shooting a commercial for @NewEraCap..Thank you @mlb and the New Era crew for all that you did! Fans be excited for the things ahead #ThisIsTheCap #BattleForTheCap