What would happen if a British sports announcer were to call the play-by-play for an American college football game? No need to wonder, as “Bad British Commentary” has all the best acton from the “Robot Rugby League” covered.

''The hooker backheels the ball to the scrumhalf who gives it to his friend. Crunchy delight, he's down under a veritable bouncy castle of spandex!”
— Bad British commentary on college football

The parody video, which chronicles the College Football Playoff National Championship, is appropriately and erroneously entitled as the 2015 Super Bowl. The commentator supplies Buckeyes running back Ezekiel Elliott with a ready-made nickname heading into next season: “Speedy Teflon Wizard.” 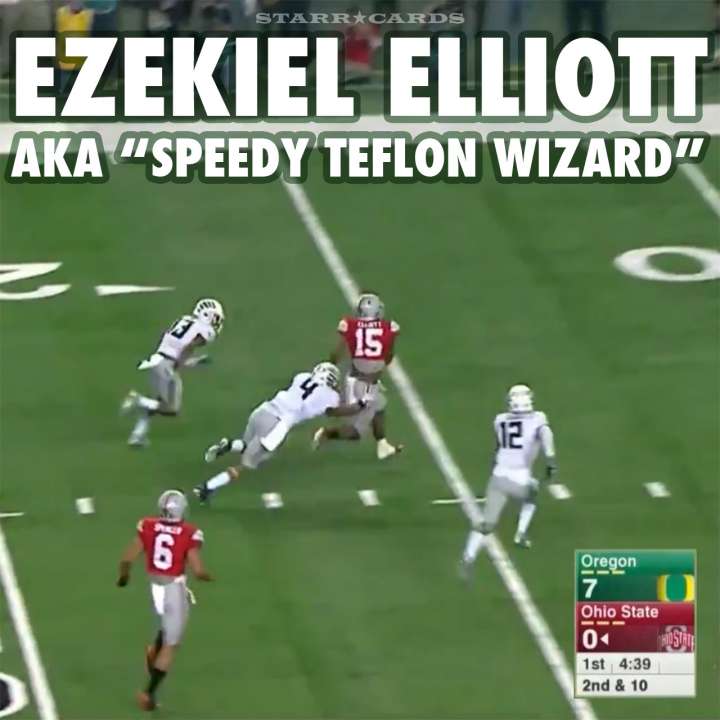 WOWZERS IN ME TROUSERS