It’s been almost a year since a 13-years-old girl from South Philly became a household name after pitching the Taney Dragons to the Little League World Series. Mo’ne Davis’ cool demeanor and electric fastball took the Taney Dragons on a wild two-week ride last August that captivated the nation. 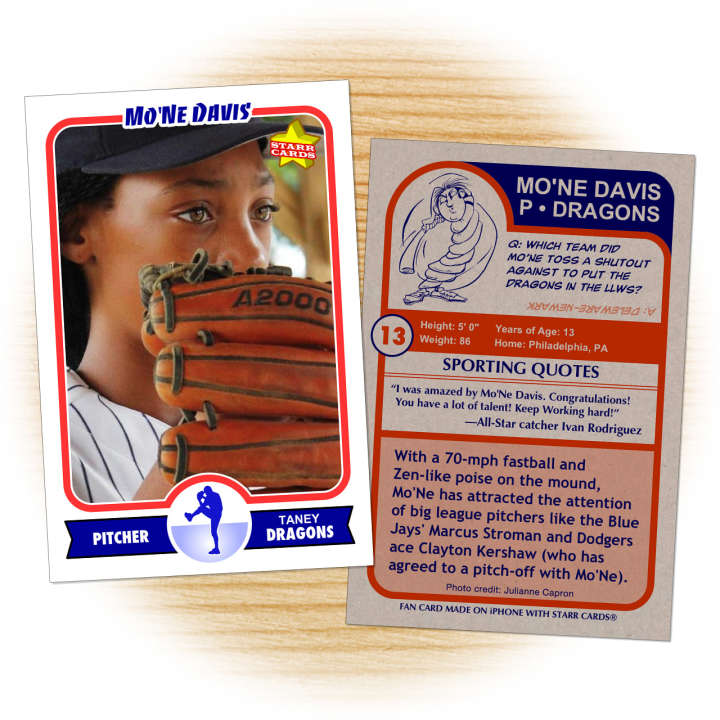 While Davis is no longer playing with the Taney Dragons, the past year has been filled with highlights and accolades on and off the field.

Queen Latifah introduced Davis, who threw out the ceremonial first pitch at Dodger Stadium in September of last year. As usual, she delivered a strike.

With a signature sneaker line, a book, and a forthcoming Disney movie, Davis has all her bases covered.

Davis winning for the ESPY for “Best Breakthrough Athlete” was as much a no-brainer as naming Ronda Rousey “Best Fighter.”

Now, Davis is holding a contest for fans to win an invite to her upcoming birthday celebration. To enter, you must be between the ages of 12-16 and write an essay on how her story has inspired you. Six winners will be named.

I Would Like For My Supporters To Join Me For My Ultimate BIRTHDAY BASH❗️ Please Submit A 300 Word Essay Explaining How My Journey Has Inspired You In Creating Your Own Journey.The Top 6 entries Will Live It Up In VIP With Me‼️Entries Must Be In By August 15.Winners Will Be Announced August 20.NO POST DATED ENTRIES! Must Be In By The 15 No EXCEPTIONS!!Submit Entries To P.O. Box 484 Broomall PA 19008!! Hope To See You There #MoDay (All Can Repost) Only One Submission Per Household!! Ages 12-16

The essays should be mailed to P.O. Box 484 Broomall, Pennsylvania, 19008 by August 15 — one week to go, guys! Winners will be notified on August 20 and the party will be held ten days later at an undisclosed location.