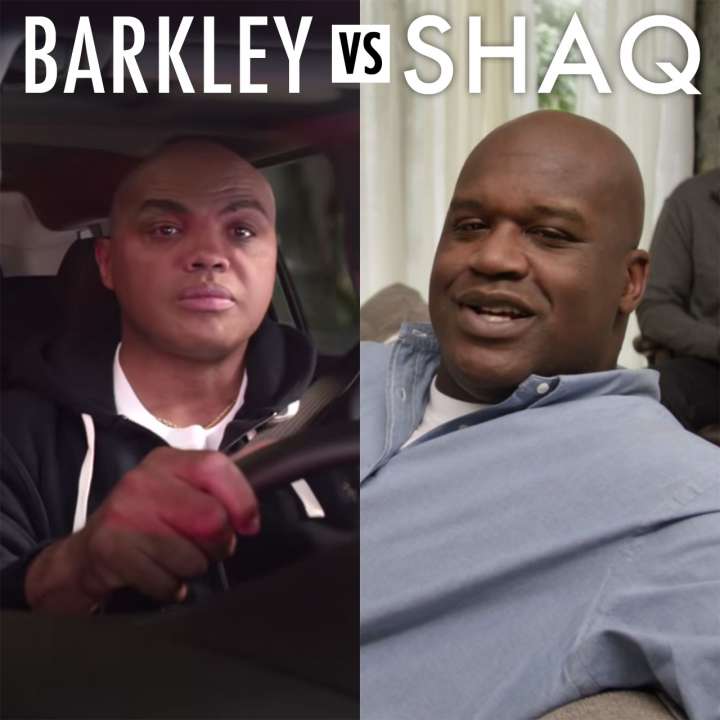 A game of 20 Questions with Barkley is strongly ham-flavored…

…and wishing upon a shooting star reveals his strange desire to be pants-free.

What’s the right way to pronounce Louisville? Watch to find out.

When you’re trying to dodge the paparazzi while traveling, the key is finding the perfect alias.

AT&T has four college basketball legends gathered in a living room ostensibly to catch some NCAA tournament games. Filling in for Barkley in the role of class clown, is O’Neal, who inexplicably has brought along a glass slipper.

Drexler uses the gathering as an opportunity to work on his biceps with an iron bracket.

And Laettner literally rests on his laurels in a hammock made out of basketball nets.