Legendary lacrosse player Paul Rabil has posted reworked classic album covers to Instagram in promotion of his cross-country, lacrosse-camp tour. We’ve pitched in a couple of our own designs (like the one pictured below which pays tribute to London Calling by the Clash) and present them here for your viewing — and listening — pleasure. 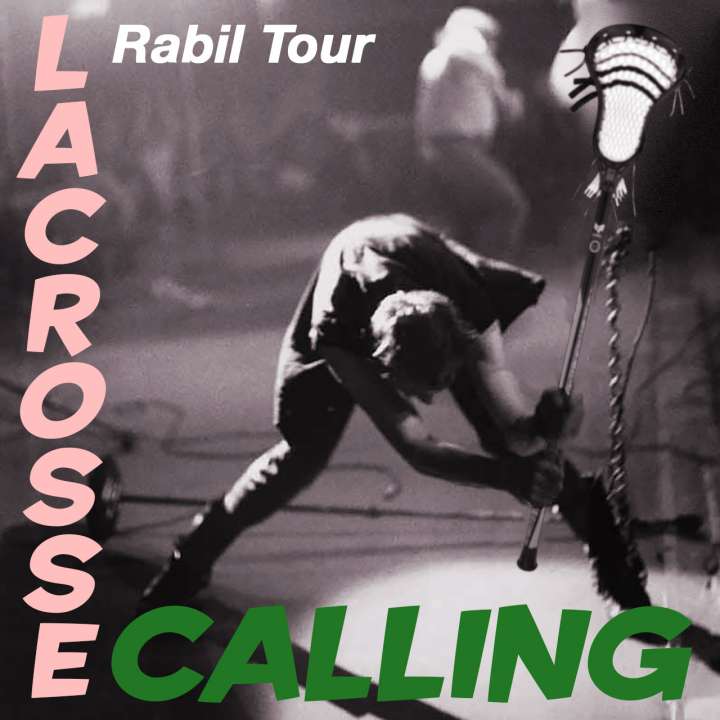 The Rabil Challenge: We’ve paired each parodied album cover with the top performing track from the actual album. Can you name the second-most popular song from each LP? The answers are listed at the bottom of the article, so scroll slowly and don’t peek… 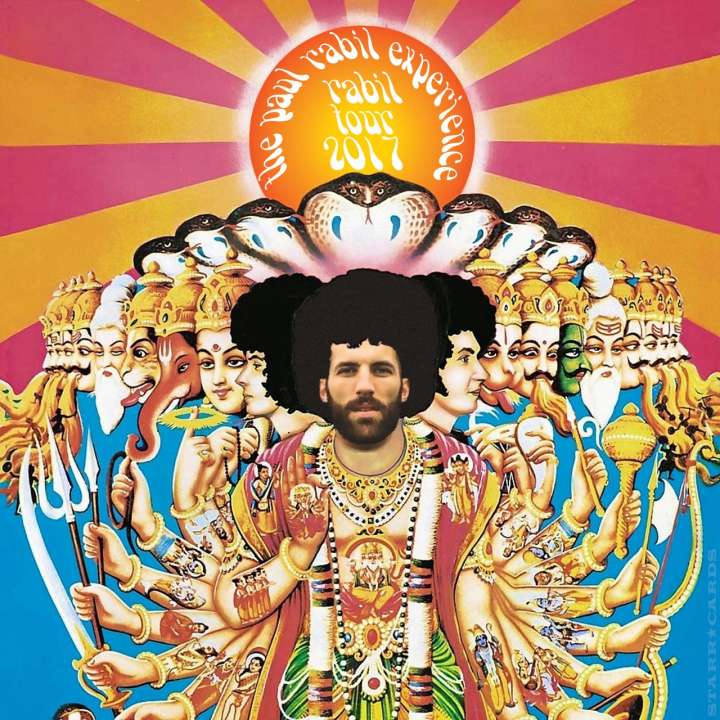 Axis: Bold as Love, released in the United Kingdom at the end of 1967, was the second studio album by English-American rock band the Jimi Hendrix Experience. While it was peaking at No. 3 on the Billboard 200 chart, three college lacrosse teams were awarded the Wingate Memorial Trophy as national co-champions, including Rabil’s future alma mater Johns Hopkins.

The only single released from the album was “Up from the Skies” which failed to make the Billboard Hot 100. “Little Wing” however became a mainstay on rock radio stations. 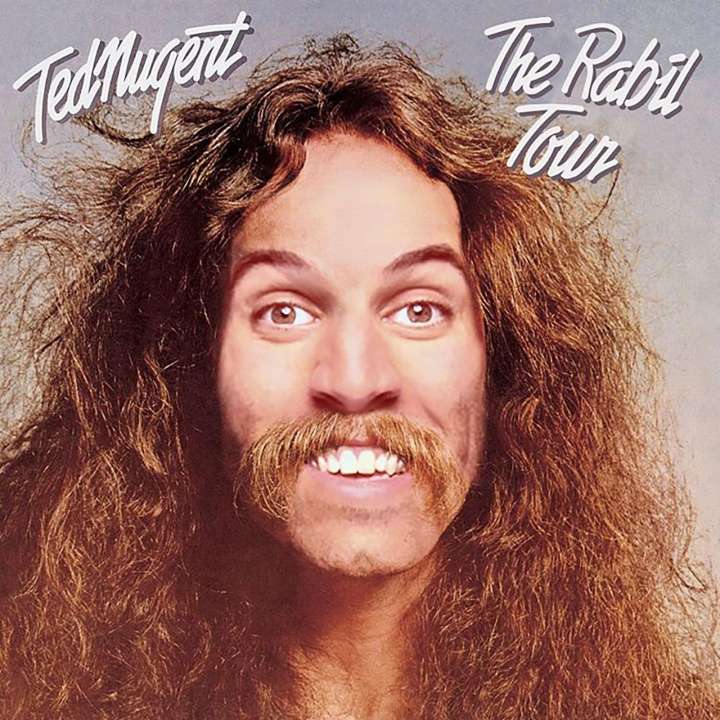 Before Ted Nugent became a wild-eyed political firebrand, he was a wild-eyed guitar-playing firebrand. Cat Scratch Fever was the third studio album by Nugent and his band and it rose to No. 17 on the Billboard 200 chart upon its release in 1977.

In lacrosse, Cornell ruled the college ranks with a 16-8 victory over Johns Hopkins. The Blue Jays would get revenge the following year on way to winning three straight national titles.

The title single from the album peaked at No. 30 on the Billboard Hot 100. 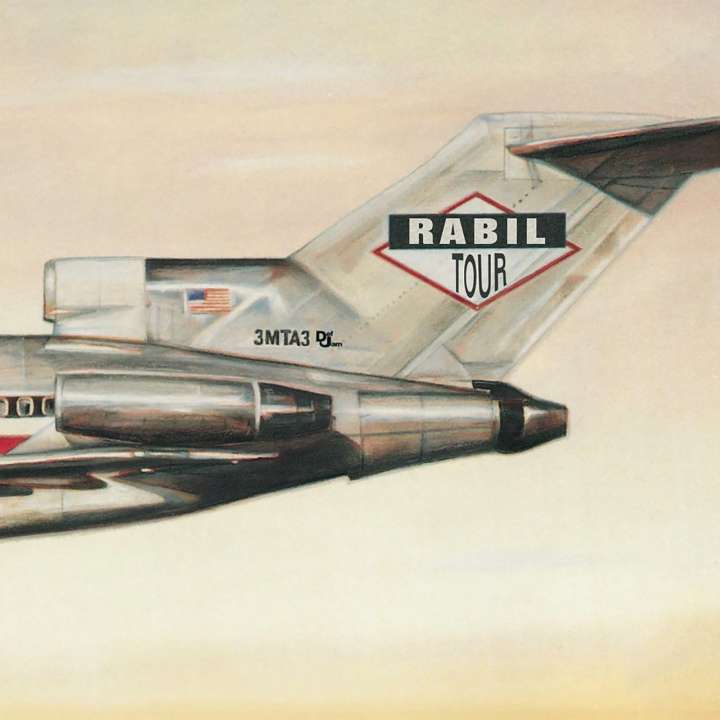 Licensed to Ill was the debut studio album by the Brooklyn-based hip hop group Beastie Boys and was the first rap album to hit No. 1 on the Billboard 200 chart. It was released on November 15, 1986, one month before Rabil turned one year old. 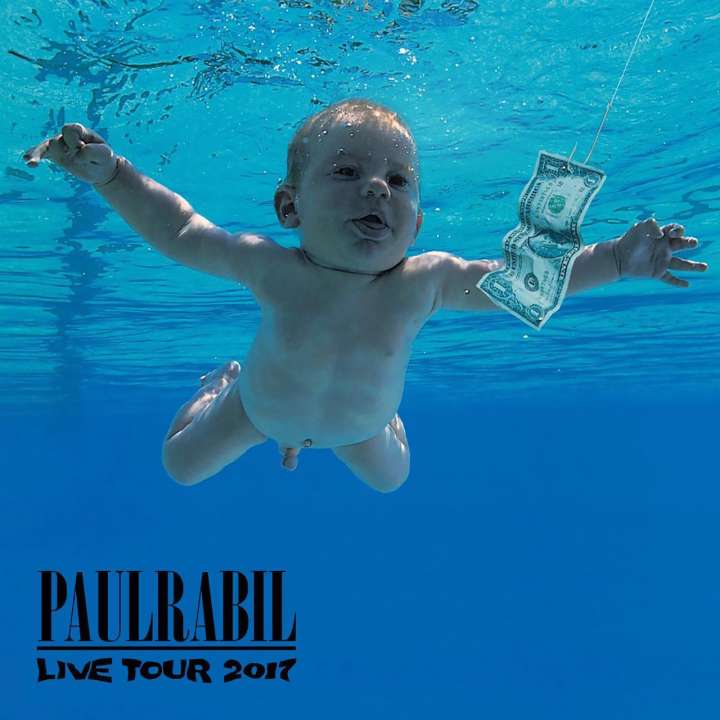 Nevermind, is the second studio album by American grunge rockers Nirvana. At the time of its release on September 24, 1991, Rabil was just a few months shy of celebrating his sixth birthday. It would be another six years until he would be introduced to the sport that would become his life’s passion.

The single “Smells Like Teen Spirit” hit No. 1 on the Modern Rock Tracks chart, and managed to climb all the way to No. 6 on the Billboard Hot 100. 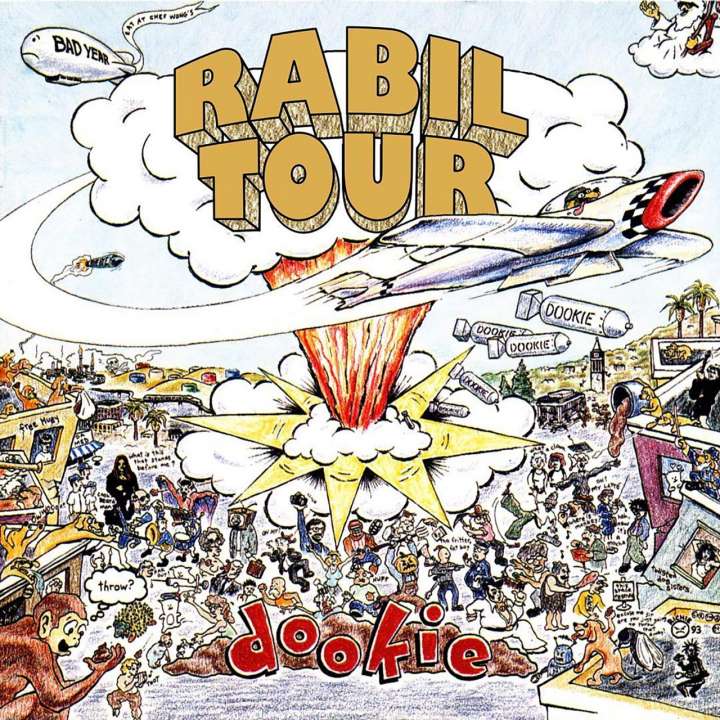 Dookie is the third studio album by American punk rock band Green Day, released on February 1, 1994. It peaked at No. 2 on the Billboard 200 chart and propelled Green Day to mainstream popularity. While the band was getting heavy radio airplay, Rabil was still a few years away from picking up his first lacrosse stick. In the meantime, he was honing his athletic skills in soccer and basketball.

The single “When I Come Around” hit No. 1 on the Modern Rock Tracks chart, and No. 2 on the Mainstream Rock Songs chart. 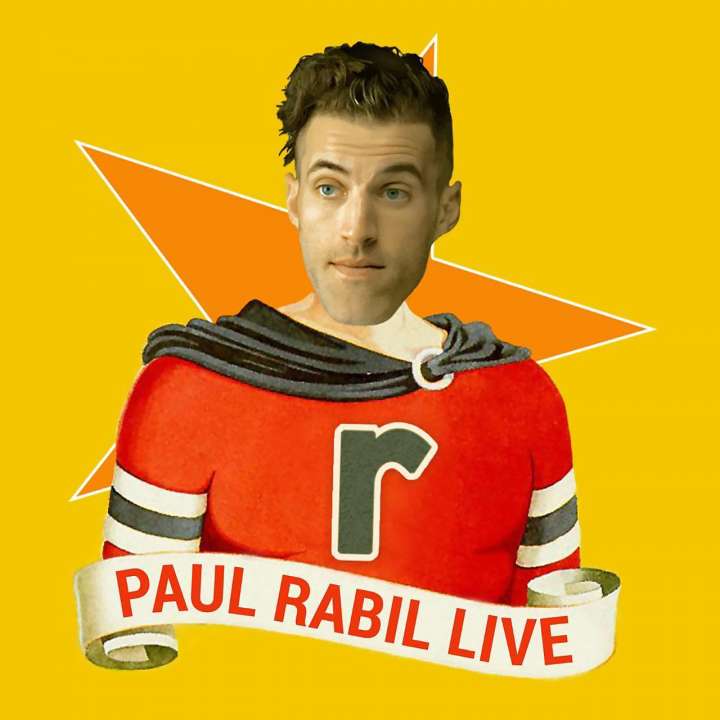 Evil Empire is the second studio album by Los Angeles rap metal band Rage Against the Machine, released on April 16, 1996. It debuted at No. 1 on the Billboard 200 chart.

The single “Bulls on Parade” climbed to No. 11 on the Alternative Songs chart in the United States.

Released on September 4, 2001, Toxicity is the second studio album by the Armenian-American heavy metal band System of a Down. It debuted at No. 1 on the Billboard 200 before falling to No. 11 the following week.

Meanwhile, on the lacrosse field, Rabil, a high school freshman, won his first of four WCAC championships at DeMatha Catholic.

The single “Aerials” hit number one on both the Mainstream Rock Songs chart and on the Modern Rock Tracks chart, and climbed all the way to No. 55 on the Billboard Hot 100. 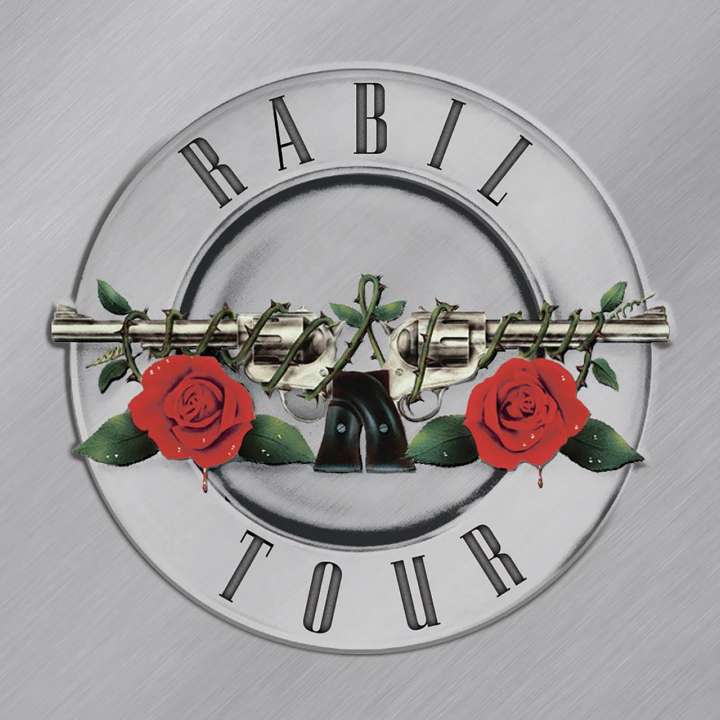 Greatest Hits is a compilation album by the hard rock band Guns N’ Roses, released on March 23, 2004. Rabil, a high school senior at the time, was named an All-American in lacrosse for the second consecutive year.

The single “Sweet Child O Mine” went to No. 1 on the Billboard Hot 100 when it was first released in September 1988. 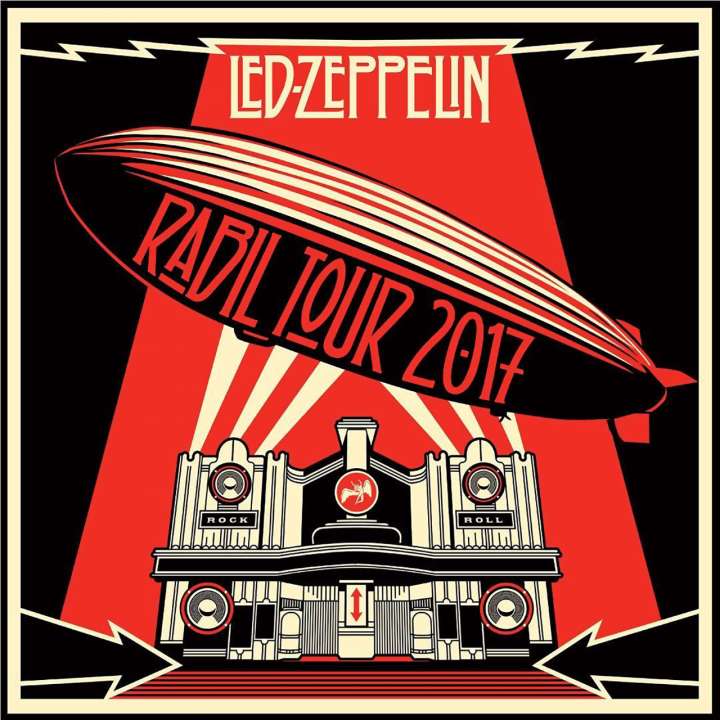 Released in November 2007, Mothership is a greatest hits compilation album by English rock group Led Zeppelin. It peaked at No. 7 on the Billboard 200 Albums chart.

Rabil, now a college lacrosse star for the Johns Hopkins, was named USILA First Team All American for the second straight year and helped lead the Blue Jays to the national title.

The single “Whole Lotta Love” hit No. 4 on the Billboard Hot 100 when it was first released at the end of January 1970. 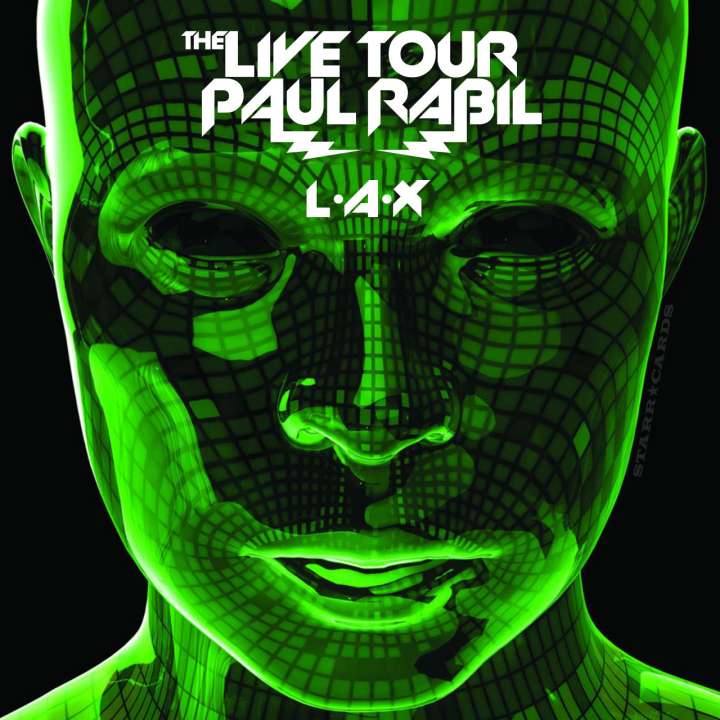 Released in the summer of 2009, The E.N.D. is the fifth studio album from The Black Eyed Peas. It provided the group with its first No. 1 single and three overall. Meanwhile, in the realm of lacrosse, Rabil was named Major League Lacrosse MVP as a rookie for the Boston Canons.

The single “Boom Boom Pow” hit No. 1 on the Billboard Hot 100 after being released on March 31, 2009, and stayed in the top position for twelve consecutive weeks. 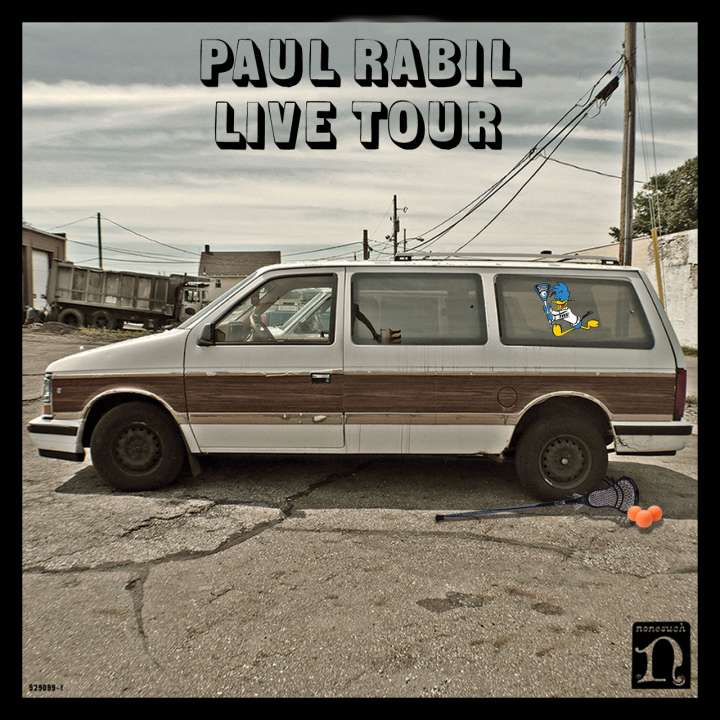 Released in December of 2011, El Camino continued upon the commercial success enjoyed by rock duo The Black Keys after the release of Brothers the year before. It provided the group with its first No. 1 single and three overall. As for Rabil, in 2011 he was named Major League Lacrosse MVP for a second time and led the Canons to their first ever MLL championship.

The Black Keys’ single “Lonely Boy” hit No. 1 on both the Billboard Alternative and Rock charts for the United States, and enjoyed a similar reception in Canada. 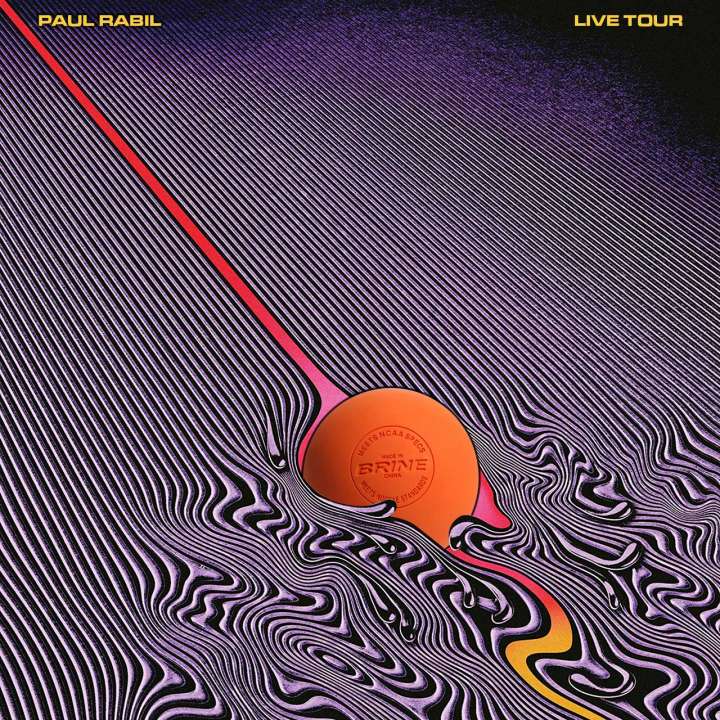 Released in the summer of 2015, Currents is the third album from Australian rock band Tame Impala. While the album was hitting the top of the charts Down Under, Rabil — playing in his first year with the New York Lizards — won his second Steinfeld Cup and was named MVP of the championship.

The single “Let It Happen” from Currents climbed to No. 28 on both the Billboard Adult Alternative Songs chart in the United States, and received heavy airplay in Australia, Belgium and France.

ANSWER TO THE RABIL CHALLENGE

The second most-popular track from each of the featured albums are listed below: