Famed pro cheerleader Krazy George Henderson took to the America’s Got Talent stage where he yelled at judge Howie Mandel and got the audience to do the wave. Henderson’s time on the show was short-lived as the former collegiate judo star was unable to impress the judges with his unbridled, drum-banging enthusiasm.

STILL KRAZY AFTER ALL THESE CHEERS

Henderson first started cheerleading as a student at San Jose State football games in the 60s, and took an unorthodox approach to getting the crowd riled up. Dressed in a t-shirt with cutoff jeans, Henderson would climb poles to shout or enter the stands to pound on his drum.

''Everything they would teach at cheerleading camp, I would do exactly the opposite. They said smile at the fans and tell them how great they were. I'd pound my drum, growl at them, make mean faces and yell how pathetic they were.''

— Krazy George on his cheerleading style

After college, Henderson became a high school electronics teacher, but would venture out at night to put in time as an unpaid cheerleader for the Oakland Seals hockey team. Henderson’s entertaining antics eventually landed him to a $35-per-game gig with the fledgling San Jose Earthquakes soccer team in 1974.

Henderson’s entrances to the Quakes’ games — via police car, helicopter, ambulance, hang glider, camel back, garbage truck and more — became a crowd-pleasing spectacle. After catching the attention of the Kansas City Chiefs owner Lamar Hunt at the first Quakes’ game, Henderson moved on to become an NFL cheerleader. Henderson stayed with the Chiefs for four years, before the erstwhile Houston Oilers stole him away.

BIRTH OF THE WAVE 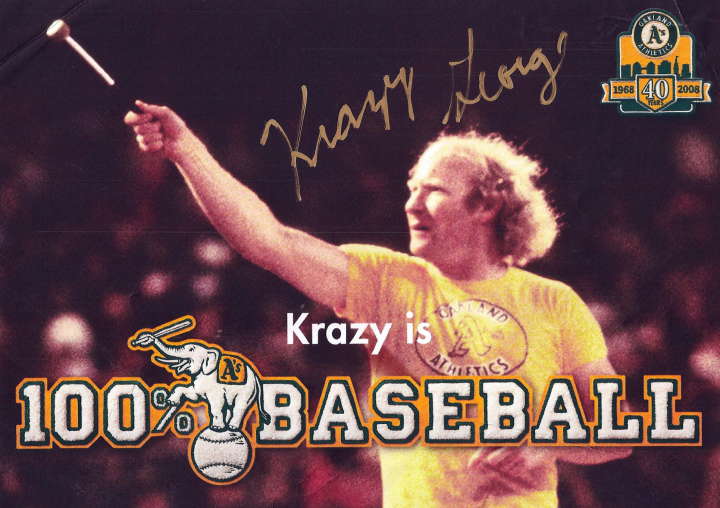 The highlight of Henderson’s decades-long cheerleading career, is the creation of “the wave” at the New York Yankees vs. Oakland A’s playoff game on October 15, 1981. The crowd-movement phenomena swept over stadiums the world around before gradually losing favor in the mid 1990s.