High schools around the country engage in various rituals on the last day of school, but unless you live in hockey country, you’re unlikely to see any like that which took place in a Buffalo suburb at the conclusion of the 2019 school year…

A number of students at West Seneca West Senior High donned roller blades and vintage hockey jerseys to race around the school’s hallways. 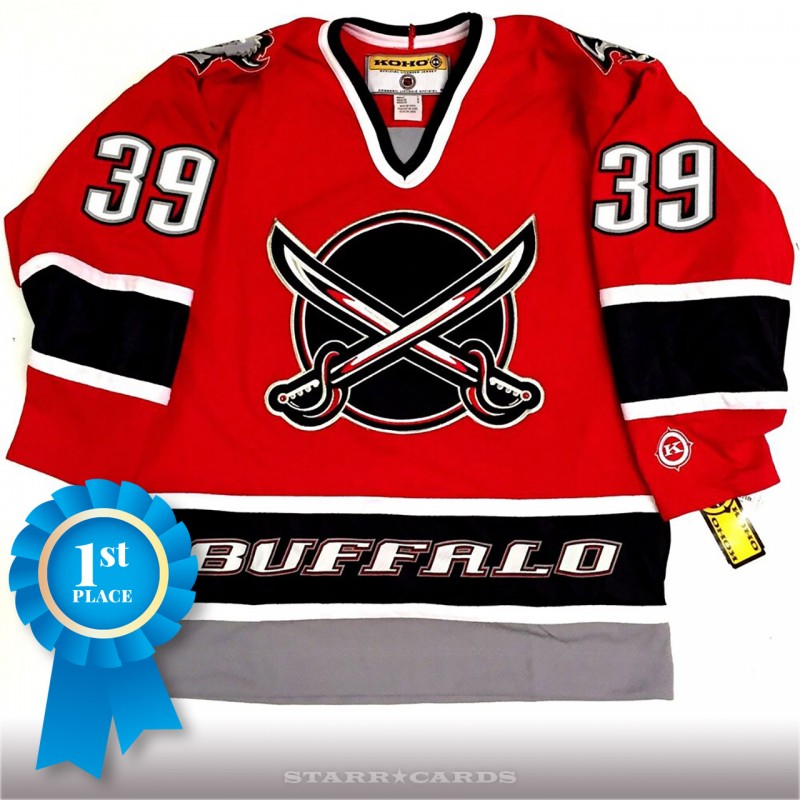 Judging from comments on the video’s post, of the various jerseys worn, a red Dominik Hasek Buffalo Sabre’s alternate jersey from 2000 won the day.

The Red Hasek Jersey. Now that’s the smartest kid out of the bunch.

Shoutout to the kid in the red Hasek jersey

More than one viewer picked took note of the Mighty Ducks jersey worn by one student and the video’s tip of the cap to the Disney movie which gave birth to the west coast NHL franchise by the same name.