Chewbacca and ‘Star Wars’ entourage continue tour of baseball parks both near and far, far away

Chewbacca and ‘Star Wars’ entourage continue tour of baseball parks both near and far, far away

Star Wars Night promotions this spring have brought Chewie and friends to major and minor league baseball parks both near and far, far away. With a name that could have been a portmanteau for ‘chews tabacco,’ Chewbacca has served as the perfect emissary between the worlds of George Lucas and George Steinbrenner. 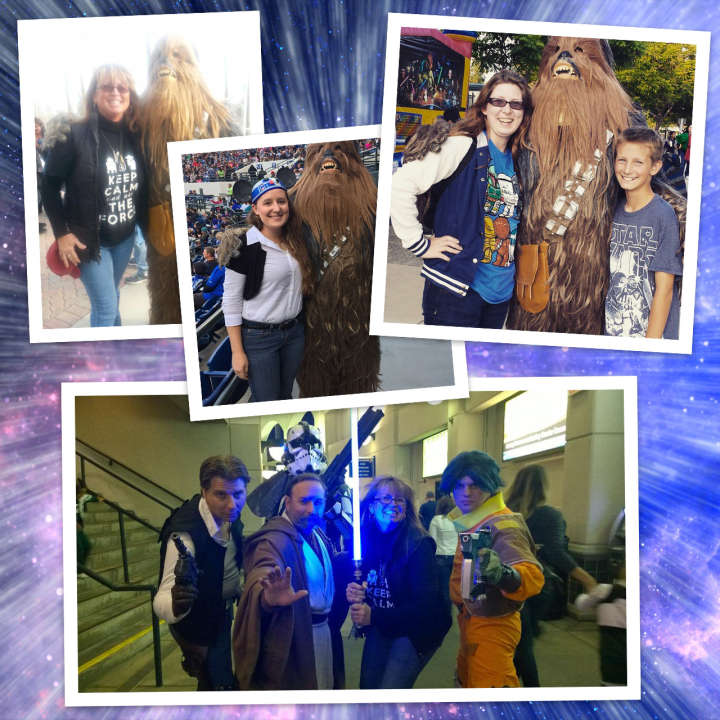 Chewbacca was the wookiee of the hour at the Rancho Cucamonga Quakes’ Star Wars Night.

Ole Miss was so taken by the Force, that they created a Star Wars-themed promotional video. 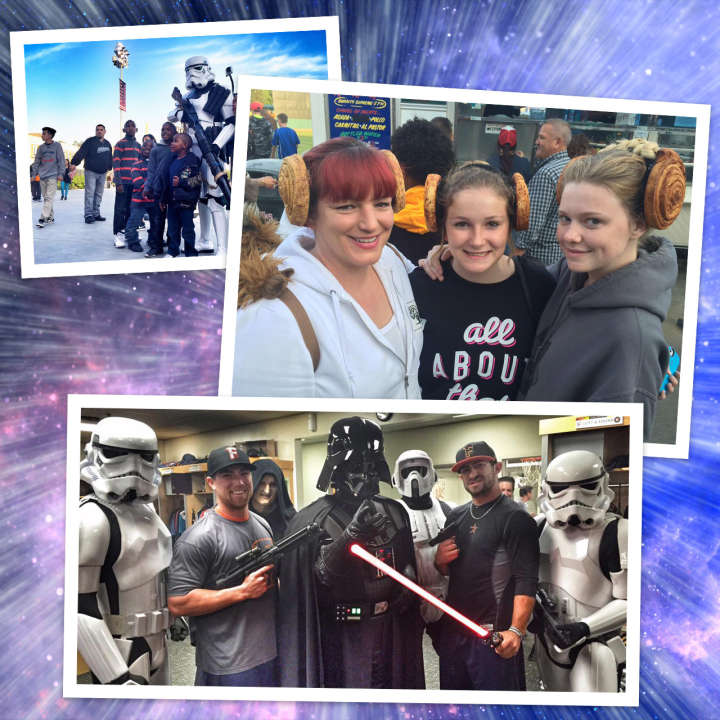 The Reno Aces get extra credit for putting a creative spin on the cantina scene from the original Star Wars.

It’s probably not a good idea to stick yourself in the middle of a volatile father-son relationship. At least this intrepid Cincinnati Reds fan had the good sense to commandeer Luke Skywalker’s light saber in case Vader gets any ideas. 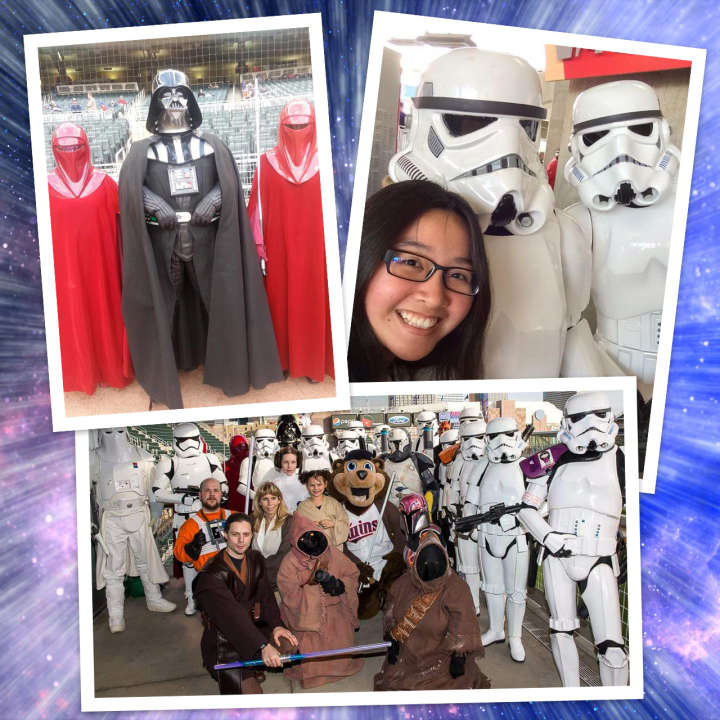 Darth Vader was appropriately flanked by identical Redrobes at the Minnesota Twins game.

After watching an intro like the Los Angeles Angels of Anaheim crafted for their Star Wars night, the actual game was probably a bit of a letdown.

Last year, Darth Vader threw out a couple of awful-looking first pitches at MLB games. This spring, Chewbacca redeemed the Star Wars franchise by delivering a respectable first pitch for the Boston Red Sox. Vader, who was lurking around the mound during the wookiee’s windup, tried his best to appear unimpressed. 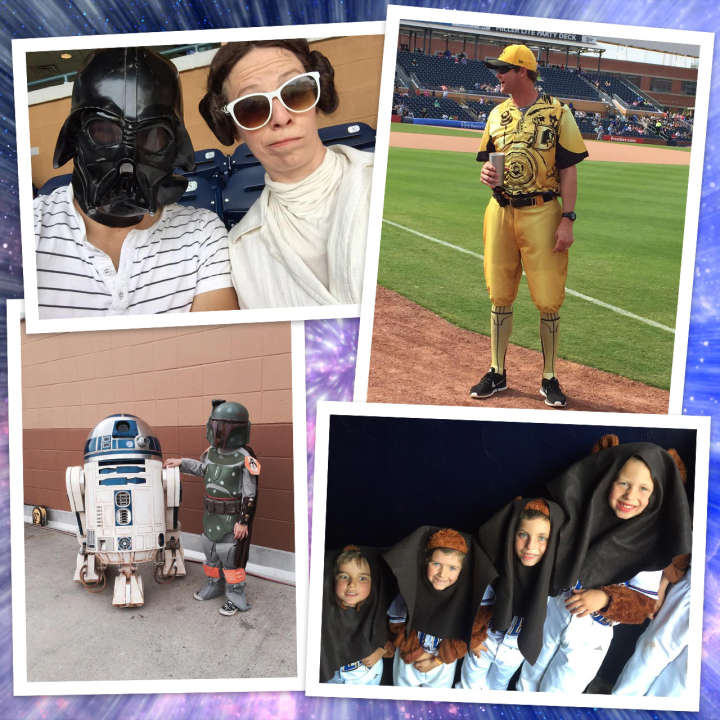 The Durham Bulls and their fans spared no expense for their Star Wars night. Players dressed in C3PO uniforms, while a foursome of ewoks and a tiny Boba Fett battled for the title of Most Impossibly Cute.

Princess Leia looked a tad crestfallen when Darth Vader got friendly with a dark-side groupie.