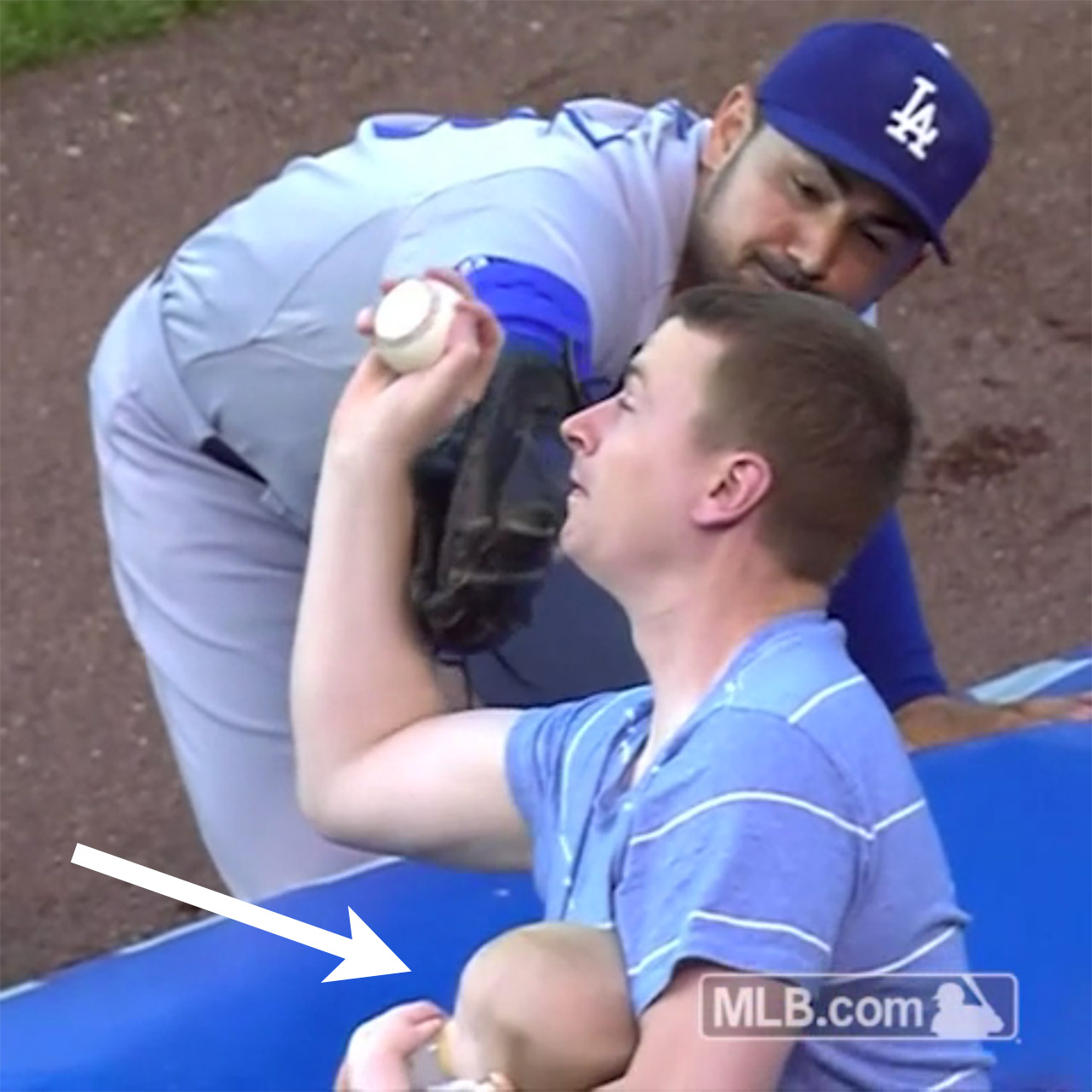 The Dodgers were visiting Wrigley Field in the latter half of June when Cubs pitcher Jason Hammel fouled a ball off toward the first base side of the field. Dodgers first baseman Adrian Gonzalez chased the ball down only to have it snatched away by bare-handed Cubs fan Keith Hartley. Oh yeah, we almost forget to mention that Hartley happened to be bottle feeding his serene 7-month-old son at the time.

KOLTEN WONG: UP UP AND AWAY