Before his appearance on TBS’s Conan show on Tuesday, Warriors forward Draymond Green sat down in the greenroom (where else?) for a game of NBA 2K17 with fellow Michigan State alum “Clueless Gamer” Assistant Nerd Aaron Bleyaert. 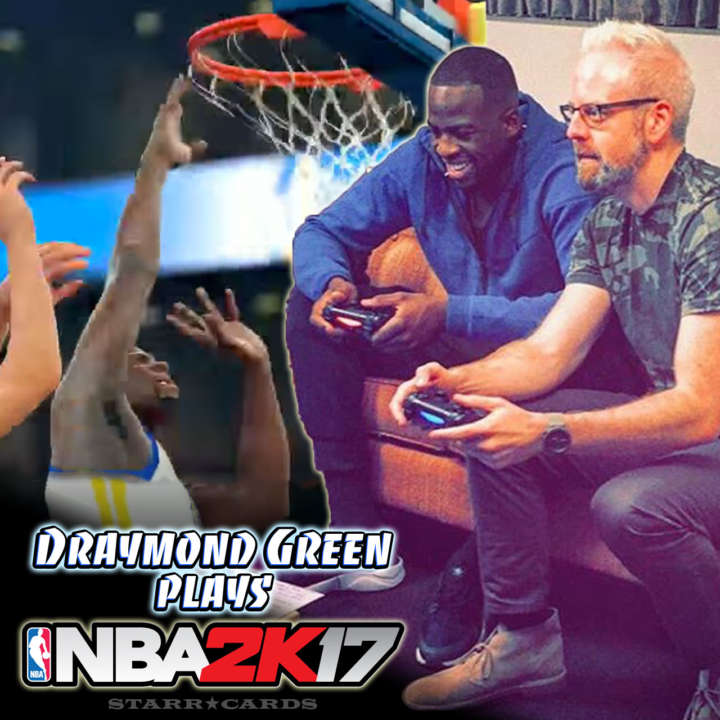 Green, playing as himself, scored at will by distributing the ball to Golden State’s new triumvirate of three-point sharp shooters in Steph Curry, Klay Thompson, and Kevin Durant, while Bleyaert lived down to the “clueless” moniker. Before having to leave for his interview, Draymond led 41-18, with more than four minutes remaining in the first half.

During his chat with Conan O’Brien, Green explained that the Warriors, when eating out, determine who will pay for dinner by playing credit card roulette. Apparently, former teammate Festus Ezeli would get downright sweaty when waiting to see if he would have to pick up the tab.

Ezeli, who will be suiting up for the Trailblazers this coming season, should have no trouble finding eager fans willing to help foot dinner bills in Portland.

Green also dished on Kevin Hart, contending that no matter what the 5-foot-4 comedian claims, he is not, in fact, any good at basketball.

Unfortunately, O’Brien didn’t take advantage of his meeting with Green to showcase his own hoops skills, or lack thereof. With his ginger hair combed into an impressive forelock, he stands nearly as tall as the 6-foot-7 Olympic gold medalist.