Brandon Laird’s team-leading 10th home run for the Hokkaido Nippon-Ham Fighters did more than earn him an unimpeded roundtrip around the bases. His Tuesday-night Tokyo Dome blast against the Orix Buffaloes smashed into the stadium’s Kirin Brewery sign — an accomplishment which by earlier decree earned him free beer for a year and a cool $10K.

In perhaps an ominous portent of the the prize’s potential for unending inebriation, Laird was greeted at the dugout by teammate Shota Oh No (watch carefully at the :54 mark of the above video).

''I think it’s pretty cool when they tell you if you hit the signs you get a prize like that. To actually do it in a game was pretty cool.''

When queried after the game about what he would do with his beer prize, Laird gave a less than ringing endorsement for the Japanese-made brew. “Definitely not drink it,” he said. “Maybe give some to the batting practice pitchers or whoever wants it.” 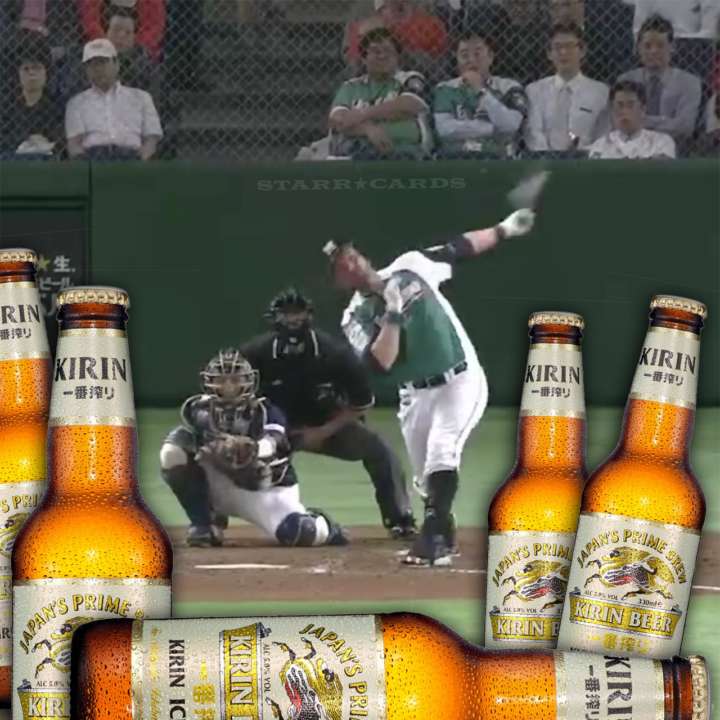 Laird played off and on in Major League Baseball over a three year period before his present-day stint in Nippon Professional Baseball. In 2011, he played in 11 games for the New York Yankees. Donned in pinstripes, his first MLB hit and RBI came at Yankee Stadium off of Oakland A’s pitcher Craig Breslow. His single earned him a nice round of applause, but no beer.