AFC Wimbledon is a grassroots football club in every sense of the word. Playing near the same London district that lends its name to the world’s premiere grass-court tennis tournament, AFC Wimbledon was founded by fans when the owner of the team’s former incarnation moved his business venture to Milton Keynes.

Sharp-eyed fans will note that the back of AFC Wimbledon players’ shorts features a shield-shaped insignia with the letters DFTBA, which stand for “Don’t Forget to be Awesome.”

Beneath the acronym is the word “Nerdfighteria.” The story behind this odd bit of sponsorship is even more intriguing than the invented word itself.

Indianapolis-based John Green is a best-selling author of young-adult fiction who has had two of his bestselling books – The Fault in Our Stars and Paper Towns – made into equally-successful movies.

Aside from writing, Green also happens to enjoy imaginatively narrating videos of himself playing EA Sports FIFA. Along with his brother, he co-founded the YouTube channel HankGames in 2010, which has since gone on to develop a devoted following.

Green’s FIFA team of choice is AFC Wimbledon, which currently plays in the third tier of the English football league system. At some point, Green became inspired to use ad revenue from his popular YouTube channel to help finance the football club an ocean away. His sponsorship led to the aforementioned patch on the shorts and having a section of the stands named after him. Green now plans to co-produce a film based upon his beloved football club.

The video that started Green’s obsession with AFC Wimbledon, and covers the team’s history, has surpassed a quarter-million views since being posted on YouTube two years ago. 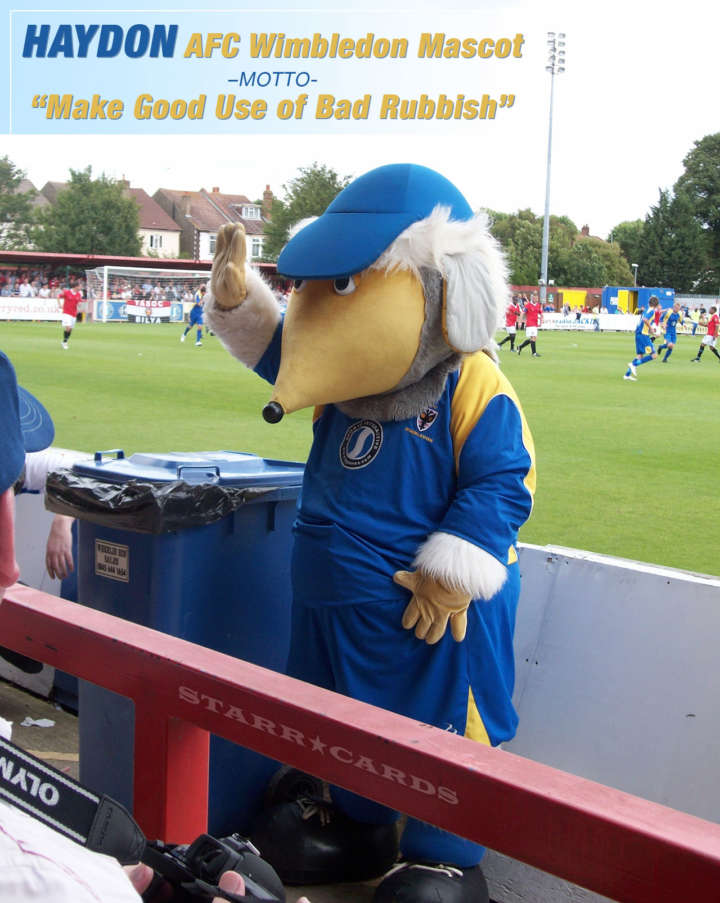 Green currently has 44 episodes in his ongoing Wimbly Wombly series. Wombly is a play on Womble, a fictional furry species of which the team’s mascot Haydon is a member. Wombles are the brainchildren of Elisabeth Beresford, who introduced the pointy-nosed creatures in a series of children’s books starting in 1968.

The Wimbly Womblys finished in 19th position in the 24-team English Football League One division last season with a record of 12-15-19, an improvement of one place in the standings from the previous year.

No matter their previous lackluster season, one can be sure at least one Indianan will be cheering them on with every thing he’s got during their current campaign.