Riley Curry has some serious competition rising fast in the realm of the impossibly cute. LeBron James‘ daughter Zhuri Nova is the adorable star of a dramatic new video posted to Instagram by mother Savannah.

Zhuri executed a convincing collapse onto the living room floor after receiving a softly-tossed football from her brother, proving the flop doesn’t fall far from the father. 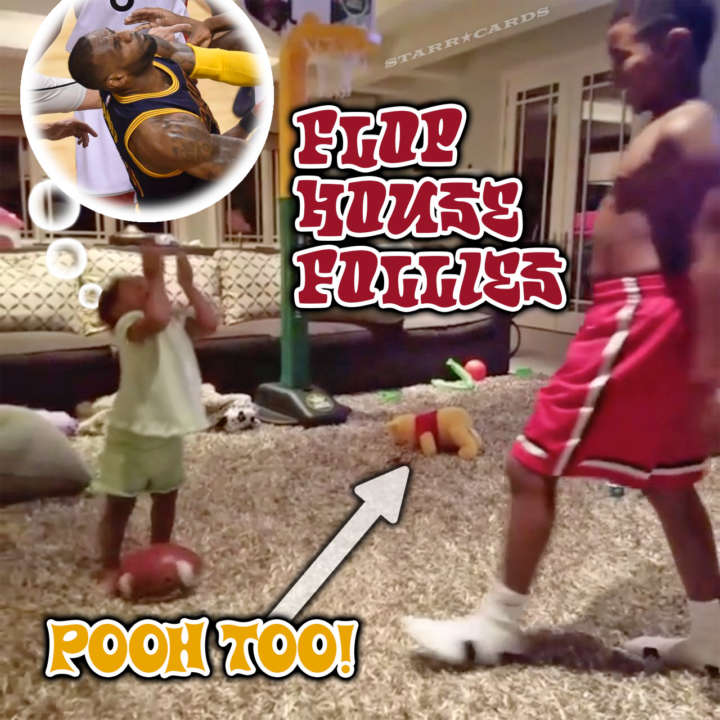 In the James’ household, even Winnie the Pooh looks to have the flop down pat…

Of course, flopping in football (American football, to be precise) doesn’t hold the same cache as flopping in basketball where it can change the flow of a game. And, just like every other aspect of his game, Papa James is among the NBA’s finest in the flop department.