Holding one’s breath under the water for 80 seconds is challenging enough on a balmy day, but imagine doing it when the temperature is below freezing and you’re swimming straight down for the first half minute — and yet, that’s exactly what freediver Matthew Villegas did.

Under the icy cloak of the Canadian winter, Villegas donned a wetsuit and dove — sans oxygen tank — to the bone-chilling depths of Morrison’s Quarry in Quebec, Canada. 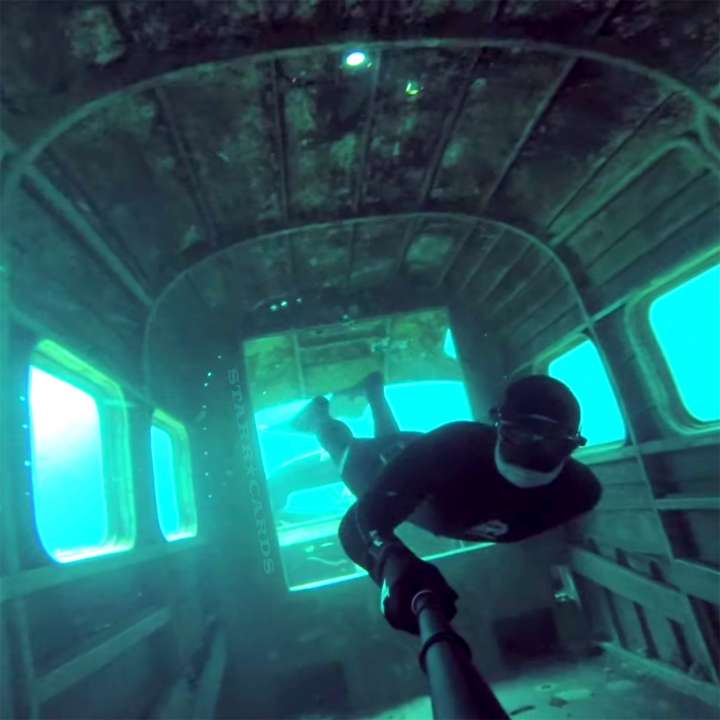 Making his sojourn all the more harrowing, Villegas swam through the ghostly shell of a sunken airplane resting at the bottom of the frozen lake, before returning to the surface.

Apparently, Villegas has a thing for swimming his way through submerged wrecks on a single breath. In 2014, armed with a GoPro camera on a selfie stick, the seasoned freediver explored the rusting shell of the Atlantic Princess.

Years ago, the Atlantic Princess sank off the coast of the Dominican Republic in front of the Dreams La Romana Resort. The old passenger liner’s anchor is still on the ocean floor attached to 300-feet of chain.