Legendary swimmer Michael Phelps first broke the 200 meter butterfly world record on March 20, 2001 when he swam the event in 1:54.92 at a competition in Austin, Texas. He then lowered his own record seven times, with the last record (1:51.51) coming in Rome during the summer of 2009. That mark was just five days short of celebrating its 10th anniversary when a 19-year-old from Hungary shattered it…

You have to see it to believe it. @swimilak, a 19-year-old Hungarian, shatters Michael Phelps’ 10-year-old world record in the 200M butterfly. @NBCOlympics

The commentator was so flustered by Milak’s superb swim he inexplicably exclaimed, “New world record from Milak of Hungria.” (Hungria is the Spanish and Portuguese word for Hungary).

Milak, who claimed four gold medals at the 2017 FINA World Junior Swimming Championships, will now be the prohibitive favorite to stand atop the podium following the 200m fly event at the 2020 Olympic Games. 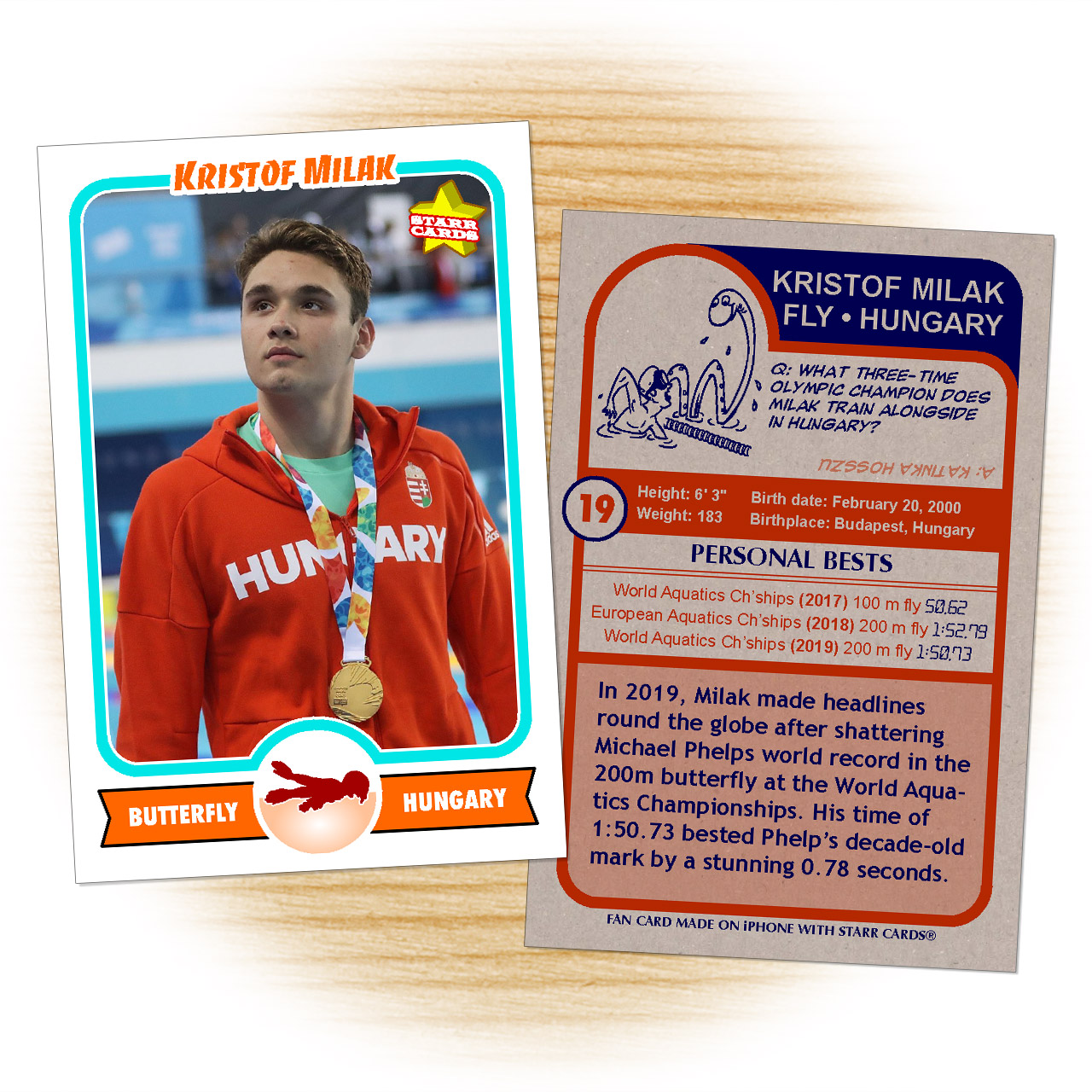 One thing is for sure, Milak already has a fan club as evidenced by this very slick virtual sports card an ardent supporter posted to Imgur. Looking forward to updates during this year’s Games!