Take the marathon 10-km swim, multiply the distance by a factor of four, move it into choppy ocean waters, and strap a 100-lb log to yourself, and you’ve just described the Ross Edgley’s Caribbean dream vacation.

The marathon swim was introduced at the 2008 Summer Olympics. Contested in the calm waters of Shunyi Olympic Rowing-Canoeing Park in Beijing, China, Maarten van der Weijden of the Netherlands won the event with a time of 1:51:51.6.

For his self-styled, strongman-swimming marathon, Edgley upped the ante to attempt a brutal swim between the islands of St. Lucia and Martinique while pulling a sizable chunk of tree.

Coached by open-water swimming world champion, Keri-Anne Payne, Edley prepped for his feat with a 10-km test swim in Lake Windermere in his native England.

As a short, stout and ridiculously heavy-muscled athlete, Edgley does not fit the profile of distance swimmer and had to explore the nutrition required to take on this epic challenge. Ross shares his typical daily 15,000 calorie diet and heads up to Keswick, North England, for further training with Keri-Anne Payne.

Training the mind to undertake an epic endurance challenge is just as important as ensuring your body is in peak condition.

So Edgley visited the Royal Marines in their Lympstone, England, headquarters to learn from elite troops about how he could improve and maintain his mental wellbeing while swimming for hours at once.

Finally, after months of training and preparation Edgley headed to the start line on the beaches of St. Lucia to take on his challenge which no one has ever before tried, let alone completed. 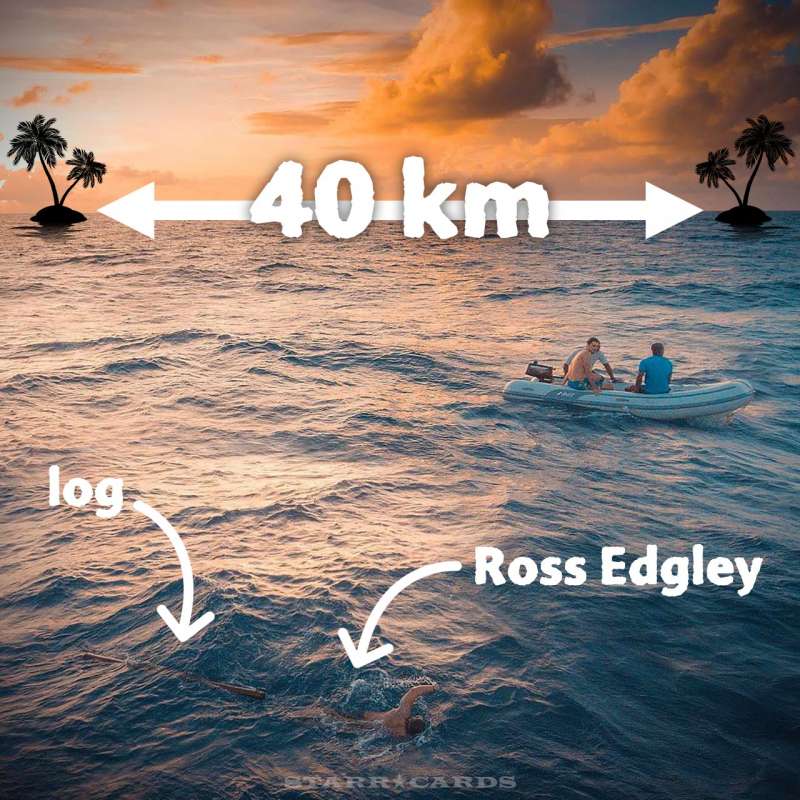 While the currents proved too much for Edgley to overcome, he did manage to swim (albeit circuitously) a total of 60 km on his first attempt, and another 40 km on his second try — so he ultimately considered the quest a success in expanding the realm of the possible.