When winter rolls around, most swimmers north of the 40th parallel generally retreat indoors to train, but some water warriors refused to be cowed by their favored medium transitioning from a liquid state to a crystalline solid. 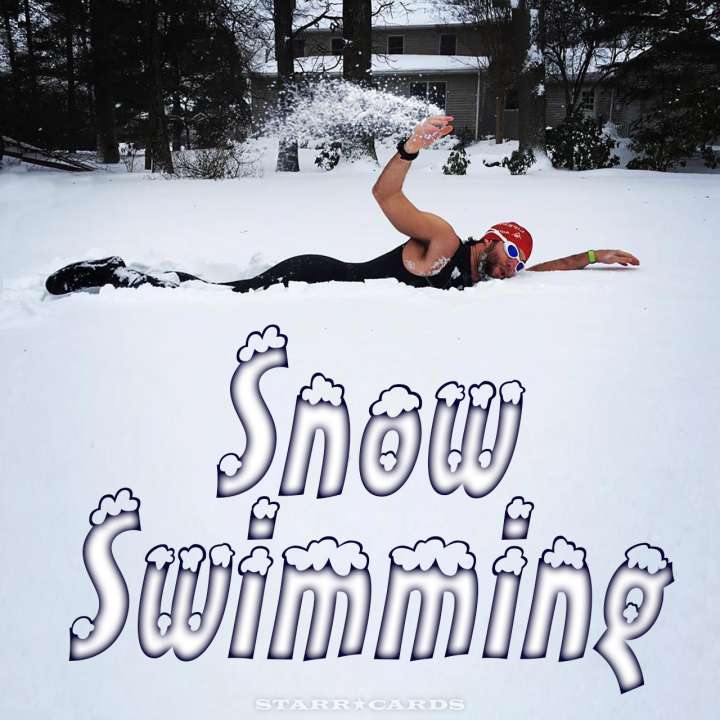 Just because snow swimming has yet to be included as an event at the Winter Olympics, that hasn’t kept teams from practicing for the eventuality.

… while the foursome above completed a whole medley relay in just a few inches of snow.

A snow day in Duluth, Minnesota couldn’t keep these hearty souls from practicing their strokes.

BEST OF THE REST

It seems everywhere there is one finds powder on the ground, one will find speedo-clad swimmers ready to take the snow challenge.