Heights and drowning are two of the top four fears listed by Americans (sandwiched between public speaking and bugs/snakes/animals), so it’s little wonder that regular folk would be hesitant to step off the 10-meter (33 feet) diving platform. 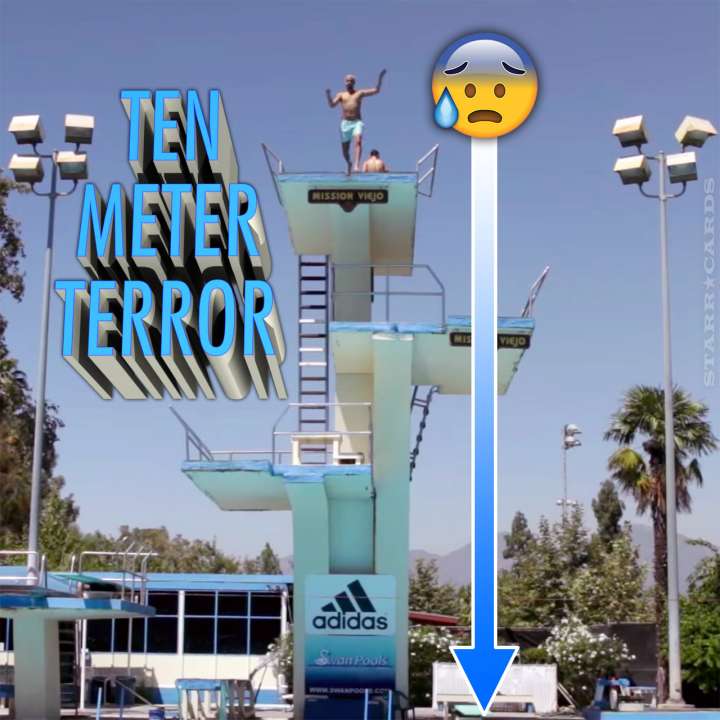 Still, with a little bit of coaching, BuzzFeed Blue was able to get three of its human guinea pigs overcome their vertigo and take the plunge.

In the 2016 documentary Ten Meter Tower, sixty-seven study participants in Sweden were filmed as they contemplated jumping from the 10-meter platform. The video provides a fascinating glimpse into human behavior, especially with respect to overcoming (or succumbing to) fears.